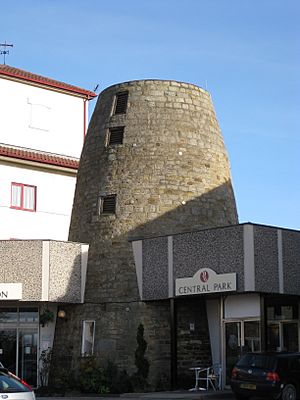 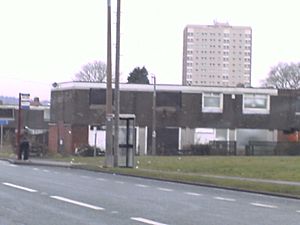 Seacroft is a large council estate in Leeds, West Yorkshire, UK. The area was mainly built in the 1950s, surrounding the former Seacroft Green. The area has a population of approximately 18,000. The area suffers from deprivation and a high crime rate. In the 1960s, the Seacroft Civic Centre was built, but it was demolished in 1999 and replaced with the Seacroft Green Shopping Centre which contains a large Tesco. The Shopping Centre has a bus station with routes to Leeds, Wetherby, Harrogate and other Leeds suburbs.

All content from Kiddle encyclopedia articles (including the article images and facts) can be freely used under Attribution-ShareAlike license, unless stated otherwise. Cite this article:
Seacroft Facts for Kids. Kiddle Encyclopedia.