St Helena Island is a heritage-listed island in Queensland, Australia, 21 kilometres (13 mi) east of Brisbane and 4 kilometres (2.5 mi) east of the mouth of the Brisbane River in Moreton Bay. Originally used as a prison, it is now a national park. Local Australian Aborigines called the island Noogoon but it was renamed St Helena after an aboriginal named Napoleon was exiled there in 1826. The island is visible from the mainland, particularly the suburbs of Wynnum, Manly and Lota. It has its own permanent water supply, a spring in the centre of the island. Many migratory birds use the island as a watering hole; it forms part of the Moreton Bay and Pumicestone Passage Important Bird Area, so identified by BirdLife International because it supports large numbers of migratory waders, or shorebirds.

In the 19th century St Helena Island was a quarantine station which became one of the most profitable prisons in Queensland history. The island was used to house prisoners and staff for 65 years. Many of those involved in the 1891 Australian shearers' strike were imprisoned there along with murderers and bushrangers.

"It is impossible", wrote the Visiting Justice in 1869,"for prisoners to escape from St Helena. I am convinced of it. They would have three miles to swim." In fact, history was to show that the island was almost escape-proof.

Over six decades, there were more than 50 prisoners desperate enough to try to escape but, despite several super-human efforts, their attempts proved futile.

A few tried to swim. They were doomed to failure due to the dangers of the tides, offshore winds, choppy seas and sharks. Some took to crudely made rafts of driftwood and logs. One man lashed a door to two pine stools. Even a bath tub was tried. One pair planned to swim two horses across the bay with themselves as passengers. They were foiled by an alert warder.

Then there were those who took to boats. One commandeered a whaleboat after slinging the guard into the water. Others discovered boats which had broken loose from moorings on the mainland and had drifted unseen cross the bay into the mangroves at St Helena. Still others tried to break into the prison boathouse. Some prisoners perished in their attempt. The aborigine, Burketown Peter, clinging desperately to a wooden target-frame used by the warders during rifle practice, vanished beneath the waters of Moreton Bay as his makeshift raft headed out to sea on an outgoing tide.

One of the island prison's most publicised episodes took place in November 1911, when prisoners Henry Craig and David Mclntyre vanished for nearly two weeks. Most people believed they had escaped to the mainland and, as a result, a search was undertaken across South East Queensland. Warders turned out each day to search St Helena from end to end. Police and blacktrackers patrolled hundreds of kilometres of mainland coastline. On the twelfth day the prisoners reappeared. They had been hiding above the ceiling of the tailors' workshop on St Helena, where they had been aided by a prisoner accomplice who supplied them daily with food and water.

Most escapees, however, rarely got any further than the island mangroves and scrub where they were captured by searching warders, supplemented, if necessary, by police from Brisbane, or driven out by hunger, or by intolerable hordes of mosquitoes. In fact, only one man was not recaptured after escaping from the island prison. Notorious gunman Charles Leslie was whisked from the island early one morning in 1924 by criminal accomplices who were waiting offshore in a motor boat.

These days, the island is a tourist destination for school children and visitors to Brisbane alike. The island is visited by Cat O' Nine Tails Cruisers. Private individuals can visit the island but are restricted to the picnic area to the south west, and excluding the ruins. History tours of the island operate, including a Ghost tour.

2007 saw the first roving theatre on the island. Cat O' Nine Tails Cruises in conjunction with the St Helena Island Theatre Troupe, have written the show Secrets of St Helena. The show brings to life the often harsh but sometimes funny stories about St Helena Island. A repeater station for 4TAB is located on the island. 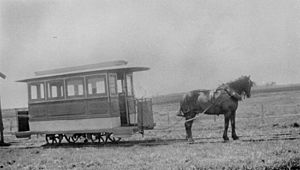 St Helena Island was added to the Queensland Heritage Register in 1992.

All content from Kiddle encyclopedia articles (including the article images and facts) can be freely used under Attribution-ShareAlike license, unless stated otherwise. Cite this article:
St Helena Island National Park Facts for Kids. Kiddle Encyclopedia.