Tooele ( too-WIL-ə) is a city in Tooele County in the U.S. state of Utah. The population was 35,742 at the 2020 census. It is the county seat of Tooele County. Located approximately 30 minutes southwest of Salt Lake City, Tooele is known for Tooele Army Depot, for its views of the nearby Oquirrh Mountains and the Great Salt Lake.

The Tooele Valley had no permanent settlement when Mormon pioneers entered the Great Salt Lake Valley in July 1847; it was covered with abundant tall grass. The Mormons first used the valley as wintering grounds for their herds. In September 1849, three families settled on a small stream south of present Tooele City. Other families slowly joined them, and by 1853 Tooele City Corporation was organized.

During the nineteenth century, the town was primarily an agricultural community; its population was about 1,200 at the turn of the century.

The 20th century brought more industrialization; in 1905 the Los Angeles and Salt Lake Railroad built a line through the city, and in 1909 a smelter was built in Carr Fork Canyon east of the city ("International Smelting and Refining Company"). The Tooele Valley Railway, a seven-mile line, ran from the smelter west to the Union Pacific Railroad main line. This line brought ore from various area mines to the smelter; later a 20,000 ft aerial tramway was also used to transport ore from the mine to the smelter. By 1941 a 22,000 ft tunnel had been completed through the mountain, to move ore to the smelter entirely underground. The smelter began processing copper in 1910, with lead and zinc processing commencing in 1912. In 1946 the copper smelter ceased operation, the zinc operation halted in 1968, and the lead processing was halted in 1972. The entire site was demolished during 1972-74. However, consideration was being given during this latter period to extracting ore from Carr Fork Canyon, rather than relying on the ore from the east face of the mountain range. In 1969 the mining company began exploration drilling. In 1974 a copper mine and mill ("Carr Fork Operations") was started; it began processing ore in 1979, and ran until 1981. The Tooele Valley Railway was used to haul away the scrap when the International smelter was torn down, and remained to serve the Pine Canyon mill. It was shut down and abandoned when the Pine Canyon “Carr Fork” mine and mill shut down; its last day of operation was 28 August 1982.

In the eastern section of Tooele, “New Town” was built for many of the 1,000 smelter workers. Families from the Balkans, Italy, Greece, and Asia Minor lived in this area and formed their own community. New Town included its own school, church, culture and numerous languages.

When World War II started, the Federal Government obtained 25,000 acres in the SW part of the Tooele Valley to establish an ordnance depot ("Tooele Ordnance Depot").

In 1993 the scope and mission of the Tooele Army Depot (as the previous Ordnance Depot was now called) was reduced, and about 1,700 acres of its area including many buildings were annexed to Tooele City. The US Army conveyed 40 acres of land, including a newly constructed large-vehicle maintenance structure ("Consolidated Maintenance Facility") to the City, who converted it into an industrial complex ("Utah Industrial Depot", UID). In 2013 the UID was purchased by another company and is presently known as "Ninigret Depot."

Tooele is located on the western slope of the Oquirrh Mountains in the Tooele Valley, the next valley west of the well-known Salt Lake Valley. Many popular camping and picnic areas surround the city.

The unusual name for the town is thought by some to have evolved from an old Ute Indian word for tumbleweed. This is one of many unverified explanations, as the name's usage predated the introduction of the Russian thistle to the United States. Other explanations include that the name derives from a Native American chief, but controversy exists about whether such a chief lived. Others hypothesize that the name comes from "tu-wanda", the Goshute word for "bear", or from "tule", a Spanish word of Aztec origin, meaning "bulrush." 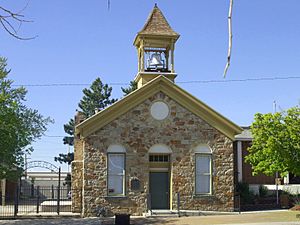 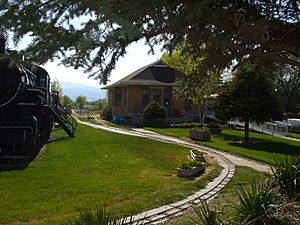 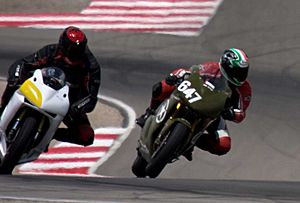 The Tooele Arts Festival, an annual 3-day event, hosts vendors of one-of-a-kind artwork, including paintings, jewelry, ceramics, photographs, sculptures. The event includes live musical entertainment, children's playground equipment and entertainment. There is no admission fee for this festival, which is held at a city-owned park west of the city center. It began in 1985; for the first several years of its existence the Festival was held near the end of May, but it seemed to coincide with late-spring cold spells, which were disastrous given the Festival's open-air setting. Due to this unpredictability, sponsors decided in 1998 to move it to the final weekend of June, although this puts it in direct competition with the much larger Utah Arts Festival, held in Salt Lake City on the same dates. The 2011 Tooele Arts Festival was cancelled due to lack of volunteers, which was the first time since 1985 that no arts festival was held in Tooele City. The Festival will celebrate its 30th anniversary in June 2016.

All content from Kiddle encyclopedia articles (including the article images and facts) can be freely used under Attribution-ShareAlike license, unless stated otherwise. Cite this article:
Tooele, Utah Facts for Kids. Kiddle Encyclopedia.