Warner Bros. Studio Tour Hollywood is a public attraction situated inside Warner Bros. Studios, Burbank close to Hollywood and part of the greater Los Angeles area. It offers visitors the chance to glimpse behind the scenes of one of the oldest film studios in the world over a two to three hour period. 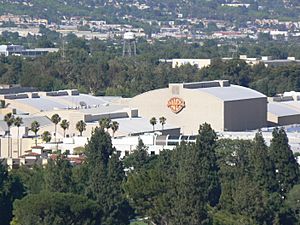 In the early days of Warner Bros. Jack Warner would welcome friends and special guests to the studio for tours. If Warner could not provide the tour himself, Mail Room employees were entrusted to show guests around the lot. These tours were not offered to the public and could only be arranged through employees; however, they still proved popular. Consequently, Warner sought to limit requests as he thought studio tours could cause a "slow-up" of the company's operations.

One Mail Room employee, Dick Mason, was noted for giving very informative tours and was frequently the requested guide for studio executive's guests. Mason's knowledge led him to be assigned to Jack Warner's office to assist the Vice President of Worldwide Production.

In 1972, Warner Bros. faced financial hardships and signed a deal with Columbia Pictures, which was also struggling. They combined to create The Burbank Studios, a joint venture where they would share studio space. In 1973 the new company opened a public facing Tour Department. Dick Mason was assigned to manage the new operation. All tours required an advanced reservation and cost $3.

Mason's department included seven tour guides, and tours were limited to twelve people at a time. Tours were unscripted but included the back lots, sound stages, prop house, depending on availability. Without a budget for advertising, news spread by word-of-mouth. The tour proved popular due to its unscripted nature and saw 15,000 guests a year.

As compared to the Universal tour, Dick Mason was interested in educating the public about film-making: "The entire tour is practical. There are no demonstrations or simulations. We're catering to families and kids. We just want to give insight to a business most people have misunderstandings about." The tours departed about four times a day and were around three hours.

In 1990, The Burbank Studios dissolved and Warner Bros. reclaimed the rest of the studio from Columbia Pictures when Columbia moved to the former Metro-Goldwyn-Mayer lot in Culver City. The Tour Department was relocated into a building next to the studio's Gate 4 on Hollywood Way which allowed the public to inquire about the tour without needing a pass. It shared the space with a Studio Store. 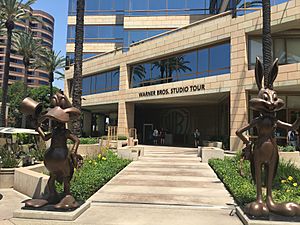 Dick Mason retired from Warner Bros. in 2000 and Danny Kahn assumed leadership of the Tour Department. Kahn moved the location of tour to an office building previously occupied by Columbia Pictures across the street from Gate 5. He successfully pushed to increase the frequency of the tours but kept the size of the tour groups small and unscripted nature. The tour became more streamlined and began more aggressive advertising.

In 2015, the tour rebranded itself with the launch of Stage 48: Script to Screen. The expanded tour uses a new name, a new logo, and newer tour carts. 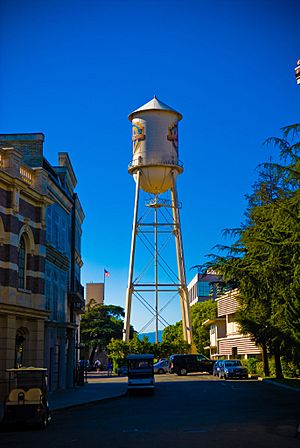 The following are included in every Studio Tour: The Deluxe Tour includes more time at all of the below with a few additions: a continental breakfast, lunch at Warner Bros. Fine Dining, a stop at the Property Department, and a stop at the Costume Department.

Horror Made Here: A Festival of Frights

In 2018, this new annual special event featured dark mazes and attractions based on films and video games:

All content from Kiddle encyclopedia articles (including the article images and facts) can be freely used under Attribution-ShareAlike license, unless stated otherwise. Cite this article:
Warner Bros. Studio Tour Hollywood Facts for Kids. Kiddle Encyclopedia.