West Wendover is a small city in Elko County, Nevada, United States. The population was 4,410 at the 2010 census. It is part of the Elko micropolitan area. West Wendover is located on the eastern border of Nevada and the western edge of the Great Salt Lake Desert and is contiguous with Wendover, Utah, with which it is sometimes confused. It is home to five casinos which attract many visitors from neighboring Utah, where gambling is illegal. Interstate 80 runs just north of the cities, while Interstate 80 Business (Wendover Boulevard) runs through the two cities. 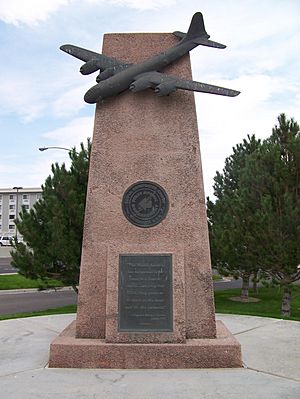 West Wendover began to develop in the 1930s and 1940s with the introduction of legalized gambling in the State of Nevada. William "Bill" Smith founded a small cobblestone service station that provided a needed rest to weary travelers crossing the desert terrain of western Utah and eastern Nevada. Today this facility is known as the Wendover Nugget. It wasn't until December 2001, when the former State Line Casino and Hotel came under new ownership, did this long-standing organization lose its place as the oldest continually operated gaming license for a casino in the State of Nevada; over 66 years.

Through the 1970s and 1980s, West Wendover began to emerge as a destination resort. Additional business arrived constructing more casinos, hotels and other service establishments as well as recreational venues such as the Toana Vista Golf Course. As growth continued to spiral up, the citizens of West Wendover, Nevada, then a township of Elko County, elected to incorporate under self-rule. On July 1, 1991, the city of West Wendover, Nevada, came into existence. Amber S Holt named the city seal of West Wendover encouraging people to, "Come Grow With Us."

In October 1999, the U.S. Department of Transportation moved West Wendover out of the Pacific Time Zone due to the strong economic ties between West Wendover and neighboring Utah. This made the city of West Wendover the only portion of Nevada legally in the Mountain Time Zone. The unincorporated towns of Jackpot, Jarbidge, Mountain City, and Owyhee in northern Elko County also observe Mountain Time, but only on an unofficial basis.

West Wendover has thrived under a lucrative gambling industry in Nevada, which has generated tax revenue for city services and better schools. Meanwhile, just footsteps away, Wendover, Utah has decayed with almost no business tax base. Residents in both cities have voted to annex Wendover into Nevada, saying they are one community that has been divided for too long. Some politicians in both the State of Utah and the State of Nevada have endorsed the idea. However, the politicians in Wendover, Utah, placed a permanent halt to the annexation process through a vote on November 15, 2006. The motion made was to halt the annexation process. The vote was a tie with two Council Members voting to halt the process and two Council Members supporting the continuation of the process. The tie vote was broken up by a vote of Wendover, Utah Mayor Brett Shelton who voted to discontinue the annexation process. Previously, West Wendover had decided to halt any further work after Wendover, Utah, indicated they were going to discuss and make a decision on proceeding. Article IV, Section 3 of the U.S. Constitution requires that any change in state boundaries be approved by the U.S. Congress as well as by the two state legislatures.

According to the United States Census Bureau, the city has a total area of 7.5 sq mi (19 km2), all land. 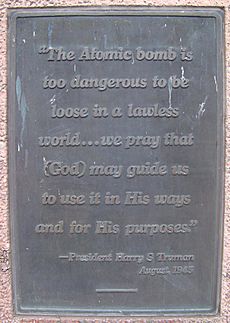 West Wendover has a public library, a branch of the Elko-Lander-Eureka County Library System.

All content from Kiddle encyclopedia articles (including the article images and facts) can be freely used under Attribution-ShareAlike license, unless stated otherwise. Cite this article:
West Wendover, Nevada Facts for Kids. Kiddle Encyclopedia.