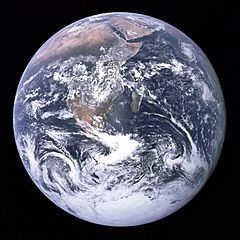 A report in May 2011 on the Global Peace Index, found that if the world had been 25% more peaceful in the previous year, the global economy would have had an additional $2 trillion. This amount would have covered 2% of the GDP per year required to avoid the worst effects of global warming, cover all costs to achieve the Millennium Development Goals, cancel the public debt held by Greece, Ireland and Portugal, and cover the one-time rebuilding costs for the 2011 Tōhoku earthquake and tsunami.

Many religions believe in world peace. The League of Nations and the United Nations were created to make world peace. Many theorists, however, believe that humans were born to be violent and preventing it would not be possible because it is nature. Others have said that criminals do not believe in peace and will continue to commit crimes.

All content from Kiddle encyclopedia articles (including the article images and facts) can be freely used under Attribution-ShareAlike license, unless stated otherwise. Cite this article:
World peace Facts for Kids. Kiddle Encyclopedia.