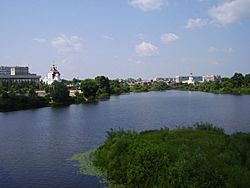 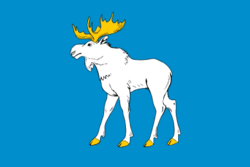 Yoshkar-Ola (Russian: Йошкар-Ола; Template:Lang-chm) is the capital city of the Mari El Republic, Russia. 248,782 people lived in the city in 2010.

Yoshkar-Ola is the capital of the Mari El Republic in western Russia. In the city center, the National Art Gallery hosts changing exhibits in a Renaissance-style building. The Museum of the History of Yoshkar-Ola displays military artifacts and folk art in a former merchant’s house. The green-domed Cathedral of the Resurrection of Christ is nearby. The riverside Republican Puppet Theater resembles a medieval castle.

All content from Kiddle encyclopedia articles (including the article images and facts) can be freely used under Attribution-ShareAlike license, unless stated otherwise. Cite this article:
Yoshkar-Ola Facts for Kids. Kiddle Encyclopedia.