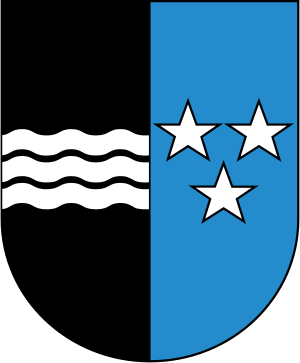 Coat of arms of Aargau

Aargau is one of the more northerly cantons of Switzerland. It is near the lower course of the river Aare, which is why the canton is called Aargau (meaning Aare district). The cantons of Basel-Landschaft, Solothurn and Bern lie to the west. Lucerne is to the south Zug and Zürich are to the east. To the north is Germany. About 580.000 people live in the canton. Its capital is Aarau.

Aargau is divided into 11 districts:

All content from Kiddle encyclopedia articles (including the article images and facts) can be freely used under Attribution-ShareAlike license, unless stated otherwise. Cite this article:
Aargau Facts for Kids. Kiddle Encyclopedia.