Kids Encyclopedia Facts
This article is about the Swiss canton. For other places, see Geneva.

Geneva is a canton in Switzerland. The capital of the canton is Geneva City.

The French name is Genève, The German name is Genf, in Italian it is Ginevra.

Geneva is the seat of many institutions of the United Nations. It has about 186.000 inhabitants and a very old university. About 960.000 people live in the urban area. Some of the urban area is in France. Only Zürich has more inhabitants in Switzerland. 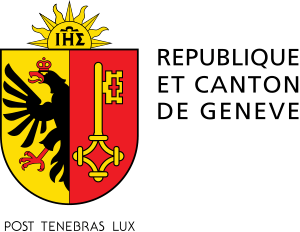 In 1815, the city-state of Geneva became a part of Switzerland. It had at one time been the capital of the Kingdom of Burgundy.

The first traces of human civilization in Geneva, discovered on the shores of Lake Geneva French: Lac Léman, date from around 3000 BC. The hill of the Old City, however, was not inhabited until 1000 BC. Later, when Rome conquered Geneva, it was defended by a small Celtic tribe. In 58 BC, Julius Caesar drove off an attack by the Helvetii. At the height of the Roman Empire, around 400 AD, Geneva was granted its own bishop.

Geneva does not have any districts. There are 45 municipalities in the canton:

All content from Kiddle encyclopedia articles (including the article images and facts) can be freely used under Attribution-ShareAlike license, unless stated otherwise. Cite this article:
Geneva (canton) Facts for Kids. Kiddle Encyclopedia.