Aitkenvale is a suburb of Townsville in the City of Townsville, Queensland, Australia. In the 2016 census, Aitkenvale had a population of 4,790 people. 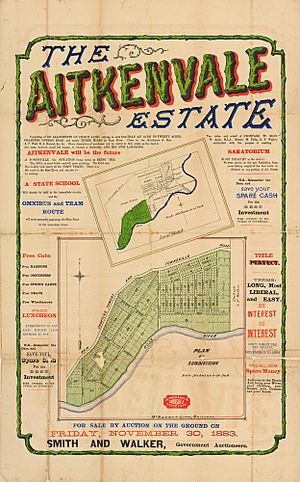 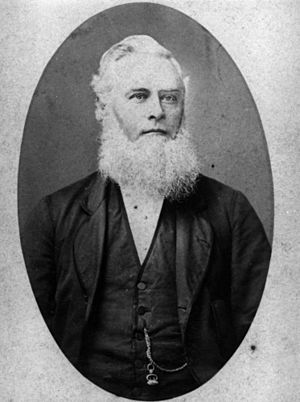 The suburb is named after Thomas Aitken, the original grantee of Portion 38, Parish of Coonambelah. He began subdividing the property during the 1880s, putting 440 quarter-acre residential allotments on the market in 1885. A dairy farm was established in the region by Thomas Aitken in about 1867.

Aitkenvale is now a major commercial and residential district of the city. The suburb is home to two of Townsville's biggest shopping centres and is home to branches of numerous companies. Aitkenvale is the biggest commercial centre in Townsville outside of the Townsville CBD, and is often referred to as the second CBD. Besides offices and shopping centres, the suburb is mainly residential and has some light industrial warehouses and workshops in the top north-eastern corner of the suburb. There is also picturesque parkland along the bank of the Ross River.

All content from Kiddle encyclopedia articles (including the article images and facts) can be freely used under Attribution-ShareAlike license, unless stated otherwise. Cite this article:
Aitkenvale, Queensland Facts for Kids. Kiddle Encyclopedia.