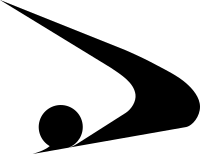 Akita Prefecture (秋田県, Akita-ken) is a prefecture in the Tōhoku region of Japan on the island of Honshu. The capital city is Akita. Akita prefecture is famous for rice and sake.

The area of Akita was created from Dewa Province and Mutsu Province.

The site of castle of the Kubota Castle built by Satake, a daimyo from Hitachi. Landscape gardener, Abira Nagaoka, designed the park in 1896. The name "Akita" became established in Tenpyou era.

Mt. Chokai is the second hightest mountain in the Tohoku Region. Shirakami-Sanchi is a large mountain range along the border between Akita and Aomori prefectures.

There are 13 cities in Akita Prefecture:

National Parks cover about 11% of the total land area of the prefecture. including

Ōmonoimi jinja and Tsutsukowake jinja are the chief Shinto shrines (ichinomiya) in the prefecture.

All content from Kiddle encyclopedia articles (including the article images and facts) can be freely used under Attribution-ShareAlike license, unless stated otherwise. Cite this article:
Akita Prefecture Facts for Kids. Kiddle Encyclopedia.