Alderley is a northern suburb in the City of Brisbane, Queensland, Australia. In the 2016 census, Alderley had a population of 6,117 people.

Alderley is 7 kilometres (4 mi) north-west of the Brisbane CBD. It is surrounded by Newmarket in the south, Ashgrove and Enoggera in the west, Grange and Stafford in the east and Kedron and Everton Park in the north. At the 2006 census, it had a population of 5,068.

Alderley has several warehouses, a police station and a community-based shopping complex that includes a Coles supermarket and Liquorland bottleshop. 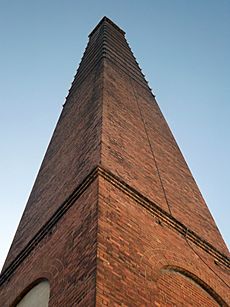 In prehistory, the area was inhabited by the Turrbal Aboriginal clan. Corroborees were held at Sedgeley Park estate. The name Alderley derives from Alderley Edge in Cheshire, England. Alderley is an older suburb, having had a post office since 1878 and a railway station since 1899. Trams operated by the Brisbane City Council ran to the suburb between 1949 and 1968. 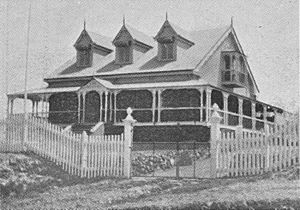 Alderley has a number of heritage-listed sites, including:

All content from Kiddle encyclopedia articles (including the article images and facts) can be freely used under Attribution-ShareAlike license, unless stated otherwise. Cite this article:
Alderley, Queensland Facts for Kids. Kiddle Encyclopedia.