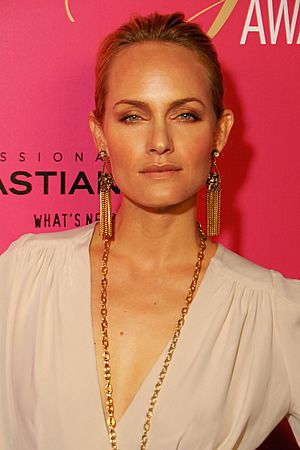 Amber Valletta (February 9, 1974, Phoenix, Arizona) is an American movie and television program actress and model. She started as a model for fashion agencies. She appeared in movies including Hitch (2005), The Spy Next Door and the television series Revenge. Her acting career began around 1993.

All content from Kiddle encyclopedia articles (including the article images and facts) can be freely used under Attribution-ShareAlike license, unless stated otherwise. Cite this article:
Amber Valletta Facts for Kids. Kiddle Encyclopedia.