Gianni Versace S.r.l. Versace, is an Italian luxury fashion company and trade name founded by Gianni Versace in 1978. The main collection of the brand is Versace, which produces upmarket Italian-made ready-to-wear and leather accessories, while other diffusion lines are Versace Collection (mainly in the US), Versus Versace and Versace Jeans. The Versace logo is the head of Medusa, a Greek mythological figure. The logo came from the floor of ruins in the area of Reggio Calabria that the Versace siblings played in as children. Gianni Versace chose Medusa as the logo because she made people fall in love with her and they had no way back. He hoped his company would have the same effect on people.

The Versace brand is known for its innovative designs having symbolic flashy prints and bright colors. The company announced in 2018 that it would stop using fur in its collections. On 25 September 2018, Michael Kors acquire all outstanding shares in Gianni Versace S.r.l. for $2.12 billion (USD); the acquisition was completed on December 31, 2018, keeping on Donatella Versace as head of creative design. 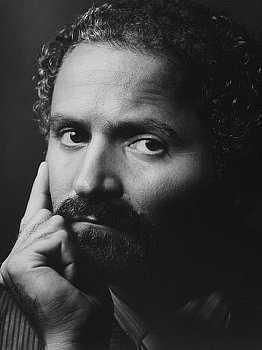 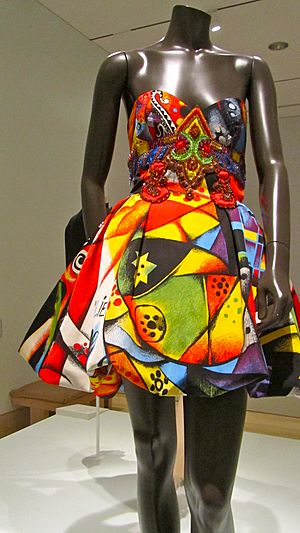 A dress by Gianni Versace

In 1972, Gianni Versace designed his first collections for Callaghan, Genny, and Complice. In 1978, the company launched under the name "Gianni Versace Donna." The first Versace boutique was opened in Milan's Via della Spiga in 1978. Versace was one of the few independent designers who was in control of everything about the brand, from designing to retailing. In 1982, the company expanded into the accessory, jewelry, home furnishing, and china industries. In 1993, Donatella Versace created the "Young Versace" line as well as "Versus." In 1994, the brand gained widespread international coverage due to the black Versace dress of Elizabeth Hurley, referred to at the time as "that dress".

Versace was often described as the "Rock n' Roll designer" because they designed for many famous clients, including Elton John and Michael Jackson. Versace designed the stage costumes and album cover costumes for Elton John in 1992. Versace has also designed clothing for the Princess of Wales and Princess Caroline of Monaco. The Versace company is known for using the same models in their ads as they do on the runway.

After the murder of Gianni Versace in 1997, his sister Donatella Versace, formerly vice-president, took over as creative director and his older brother Santo Versace became CEO. Donatella's daughter Allegra Versace was left a 50 percent stake in the company, which she assumed control of on her eighteenth birthday.

In 2000, the "green Versace dress" worn by Jennifer Lopez at the 42nd Annual Grammy Awards gained a lot of media attention, being voted as the "fifth most iconic dress of all time" in 2008, with Hurley's 1994 dress being voted first in a Daily Telegraph poll.

The company's profits were in decline in the early 2000s; Fabio Massimo Cacciatori was hired as interim CEO to reorganise and restructure the Versace Group in 2003. Cacciatori resigned in December 2003 due to "disputes with the Versace family". From 2004 Giancarlo di Risio, from IT Holding, was CEO of the group until his resignation in 2009 due to disagreements with Donatella. In May 2016, the Versace Group appointed Mr. Jonathan Akeroyd to the position of CEO and member of the company’s Board of Directors.

In February 2014 The Blackstone Group purchased a 20 percent stake in Versace for €210 million.

As of 2016[update], more than 1500 boutiques operate worldwide; the first boutique outside of Italy was opened in Glasgow, Scotland in 1991.

In October 2018, Versace announced to showcase the brand’s first ever Pre-Fall season show in New York on 2 December. The show is scheduled on Gianni Versace’s birth date.

All content from Kiddle encyclopedia articles (including the article images and facts) can be freely used under Attribution-ShareAlike license, unless stated otherwise. Cite this article:
Versace Facts for Kids. Kiddle Encyclopedia.