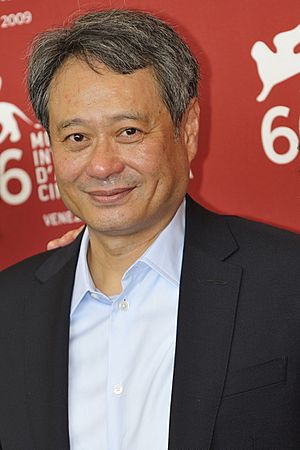 Ang Lee was born in 1954 in a town called Chaozhou, Pingtung in Taiwan. He went to the National Tainan First Senior High School where his father was the principal, and then to the National Arts School. He graduated in 1975. In 1979, he went to the United States and studied theater at the University of Illinois at Urbana-Champaign. He got his Master's degree at New York University, and he worked there with another famous director called Spike Lee.

All content from Kiddle encyclopedia articles (including the article images and facts) can be freely used under Attribution-ShareAlike license, unless stated otherwise. Cite this article:
Ang Lee Facts for Kids. Kiddle Encyclopedia.