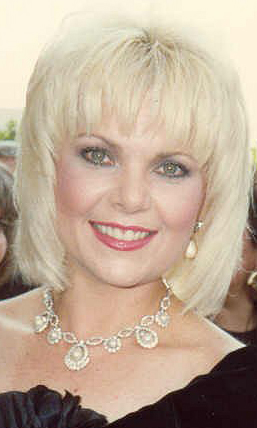 Ann Jillian (born January 29, 1950) is an American actress. She has been acting since the age of 10. She has starred in many situation comedies, television series and movies. She was born in 1950 though some sources wrongly say she was born in 1951.

All content from Kiddle encyclopedia articles (including the article images and facts) can be freely used under Attribution-ShareAlike license, unless stated otherwise. Cite this article:
Ann Jillian Facts for Kids. Kiddle Encyclopedia.