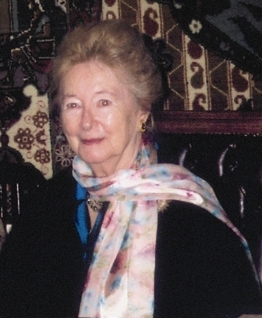 Anna-Teresa Tymieniecka (February 28, 1923 – June 7, 2014) was a Polish-American philosopher and writer. She was one of the most important and most active contemporary phenomenologists. She was a founder and president of the World Phenomenology Institute. She had also been the editor of the book series Analecta Husserliana since the late 1960s.

Tymieniecka was born in Marianowo, Poland to a Polish-French family. She was married to Dutch-American economist Hendrik Houthakker for 52 years until his death in 2008. They had three children; Louis, Jan and Isabelle.

All content from Kiddle encyclopedia articles (including the article images and facts) can be freely used under Attribution-ShareAlike license, unless stated otherwise. Cite this article:
Anna-Teresa Tymieniecka Facts for Kids. Kiddle Encyclopedia.