Members of this group are basically the dinosaurs (including birds), the pterosaurs, and some earlier animals which are a bit difficult to place. They are one wing of the Archosaurs, the other being the Crurotarsi. 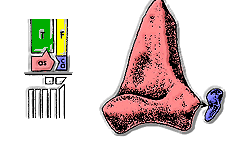 Avemetatarsalians were generally lighter built than pseudosuchians (crocodile-line archosaurs), with smaller heads and usually a complete lack of osteoderms. Many members of the group are bipedal, and some (such as birds and pterosaurs) are capable of flight. Feathers and other filamentary structures are known in several groups of avemetatarsalians, from the downy pycnofibers of pterosaurs, to quill-like structures present in some ornithischian dinosaurs (such as Psittacosaurus and Tianyulong), to feathers in theropod dinosaurs and their descendants, birds. With the exception of aphanosaurs, most avemetatarsalians had "advanced mesotarsal" ankles, which were characterized by a large astragalus and small calcaneum. This ankle orientation operated on a single hinge, allowing for better mobility. Probably as a result of this change, many avemetatarsalians had an upright posture, with their legs extending vertically, similar to the situation in mammals.

Bird-line archosaurs appear in the fossil record early in the Middle Triassic about 245 million years ago (mya), with the dinosaur-like Asilisaurus. However, Lower Triassic fossil footprints reported in 2010 from Poland may belong to a still more primitive type. If so, the origin of avemetatarsalians would be pushed back to around 249 mya. The oldest Polish footprints were made by an unknown small quadrupedal animal, but slightly later footprints show that moderately large bipedal dinosauromorphs had appeared by 246 mya.

The Permian-Triassic extinction event is dated at about 250 mya. The Triassic–Jurassic junction is about 200 mya. The age of the footprints suggests that the rise of the dinosaurs was slow and drawn out across much of the Triassic.

All content from Kiddle encyclopedia articles (including the article images and facts) can be freely used under Attribution-ShareAlike license, unless stated otherwise. Cite this article:
Avemetatarsalia Facts for Kids. Kiddle Encyclopedia.