Beaver Run (also known as Beaver Dam Run) is a tributary of Little Muncy Creek in Sullivan County and Lycoming County, in Pennsylvania, in the United States. It is approximately 7.9 miles (12.7 km) long and flows through Davidson Township in Sullivan County and Penn Township and Franklin Township in Lycoming County. The watershed of the stream has an area of 12.7 square miles (33 km2). The stream is dammed by the Beaver Lake Dam and a number of bridges have been constructed across it. Beaver Run has one named tributary, which is known as Marsh Run. 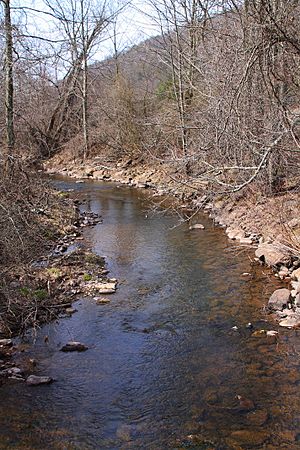 The elevation near the mouth of Beaver Run is 761 feet (232 m) above sea level. The elevation of the stream's source is 2,261 feet (689 m) above sea level. A lake known as Beaver Lake is situated on the stream; the lake has an area of approximately 73 acres (30 ha). Most of the lake is in Penn Township, Lycoming County, but a portion is in Davidson Township, Sullivan County.

Uranium has been observed in sedimentary rocks at the bottom of a bluff on the west side of Beaver Run. During the Wisconsinan Glaciation, the ice profile in the Beaver Run valley was 450 to 500 feet per mile (85 to 95 m/km). The stream's valley, which runs north-to-south (parallel to the glaciers during the Ice Age), has been significantly deepened by glacial scour.

A total of 3.52 miles (5.66 km) of Beaver Run and its unnamed tributaries are designated as impaired waterbodies. The impairment is related to agricultural activity.

Historically, there were copper works on Beaver Run. In the early 1800s, the stream was classified by law as a public highway between the mouth and these copper works.

All content from Kiddle encyclopedia articles (including the article images and facts) can be freely used under Attribution-ShareAlike license, unless stated otherwise. Cite this article:
Beaver Run (Little Muncy Creek tributary) Facts for Kids. Kiddle Encyclopedia.