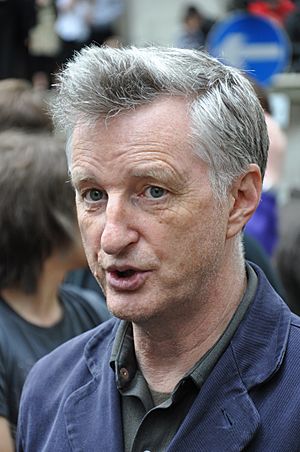 Stephen William Bragg (born 20 December 1957), known as Billy Bragg, is an English singer and guitarist. He was born in Barking, Essex. He is famous for his mix of folk, punk, and protest music.

All content from Kiddle encyclopedia articles (including the article images and facts) can be freely used under Attribution-ShareAlike license, unless stated otherwise. Cite this article:
Billy Bragg Facts for Kids. Kiddle Encyclopedia.