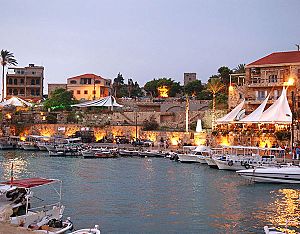 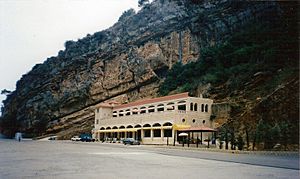 Byblos is the Greek name of the Phoenician city Gebal (Greek: Βύβλος; Hebrew: גְבַל; earlier Gubla/Phoenician:𐤂𐤁𐤋). It is said to be the oldest city in the world (according to the ancient historian Philo of Byblos). 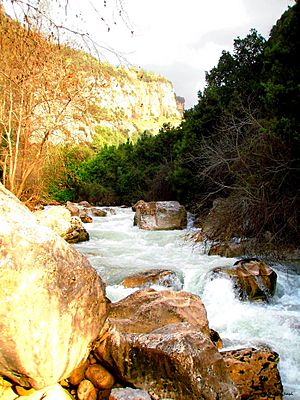 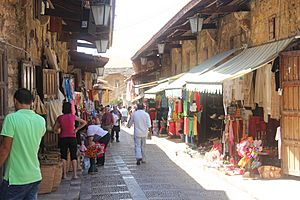 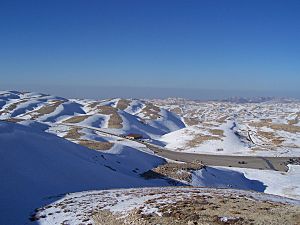 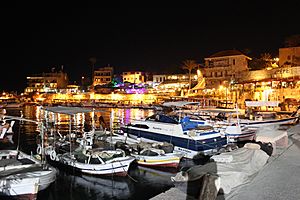 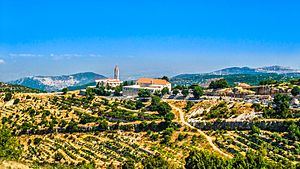 There are a lot interesting places in Byblos. The most important ones are Old Souk, Qartaba, Faraya, Abraham River, Jeita Grotto and Byblos Wax Museum. Old souk is a place where you find everything old and with a cheap price. Qartaba is a village in byblos, Qartaba means good, curing and balanced weather. In winter Faraya has a cold climate and snow, Faraya means "The land of fruits and vegetables". Abraham River is a small river also called Adonis, Adonis means "The God Of Love". Jeita Grotto is one of the most beautiful places to visit. Byblos Wax Museum is a wax museum that present historical people and everything old.

All content from Kiddle encyclopedia articles (including the article images and facts) can be freely used under Attribution-ShareAlike license, unless stated otherwise. Cite this article:
Byblos Facts for Kids. Kiddle Encyclopedia.