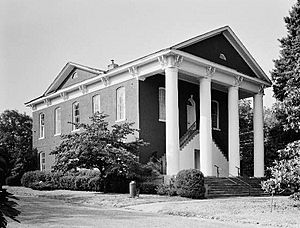 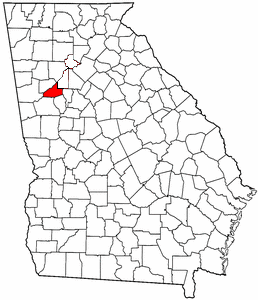 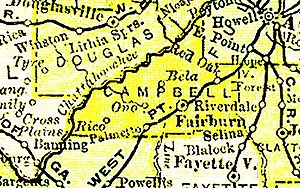 Campbell County, Georgia was a county of the U.S. state of Georgia from 1828 to 1931. It was created by the state legislature on December 20, 1828 from land taken from Fayette, Coweta, and Carroll counties, and from the half of DeKalb County which became Fulton County soon afterward. Georgia's Cherokee Land Lottery of 1832 also added to the county. The county was named for Duncan G. Campbell, one of the U.S. commissioners responsible for the Treaty of Indian Springs.

The original county seat was Campbellton; however, when the Atlanta & West Point Railroad began to plan its route, the town's residents said no due to noise concerns. The tracks were laid through Fairburn instead, which flourished while Campbellton died out, and Fairburn soon became the new county seat in 1870. The Campbell County Courthouse was listed on the National Register of Historic Places.

The northwestern half of Campbell (and a bit more of Carroll) became Douglas County in 1870, divided on October 17 at the Chattahoochee River. The remainder of Campbell County was ceded to Fulton County at the end of 1931, along with Milton County, to save money. The legislation creating the merger was enacted on August 9, 1929, with Milton being added to the process in 1931.

All content from Kiddle encyclopedia articles (including the article images and facts) can be freely used under Attribution-ShareAlike license, unless stated otherwise. Cite this article:
Campbell County, Georgia Facts for Kids. Kiddle Encyclopedia.