Fulton County is a county in the north central portion of the U.S. state of Georgia. As of 2015 estimates, the population was 1,010,562 making it Georgia's most populous county and the only county with over 1 million inhabitants. Its county seat is Atlanta, the state capital since 1868. Ninety percent of the City of Atlanta is within Fulton County (the other 10% lies within DeKalb County). Fulton County is the principal county of the Atlanta metropolitan area. 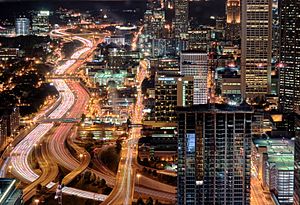 Fulton County was created in 1853 from the western half of DeKalb County. It was named in honor of Hamilton Fulton, a surveyor for the Western and Atlantic Railroad; some sources had previously incorrectly claimed it was named for Robert Fulton, inventor of the steamboat. Organized as settlement increased in the Piedmont section of upland Georgia, Fulton County grew rapidly after the American Civil War as Atlanta was rebuilt, becoming a center of railroad shipping, industry and business.

At the beginning of 1932, as an austerity measure to save money during the Great Depression, Milton County to the north and Campbell County to the southwest were annexed by Fulton County. This gave the county its current long shape along 80 miles (130 km) of the Chattahoochee River. On May 9 of that year, neighboring Cobb County ceded to Fulton County the city of Roswell and lands lying east of Willeo Creek, in order that the latter county be more contiguous with the lands ceded from Milton County.

In the later 20th century, Atlanta and Fulton county became the location of numerous national and international headquarters for leading companies, attracting workers from around the country. As a result, the city and county became more cosmopolitan and diverse.

Fulton County's budget of $1.2 billion funds an array of resident services. With 34 branches, the Atlanta-Fulton Public Library System is one of the largest library systems in Georgia.

Human services programs include one of the strongest senior center networks in metro Atlanta, including four multi-purpose senior facilities. The county also provides funding to nonprofits with FRESH and Human Services grants. 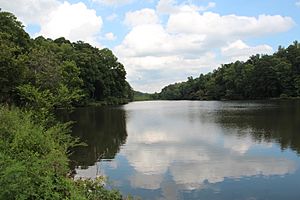 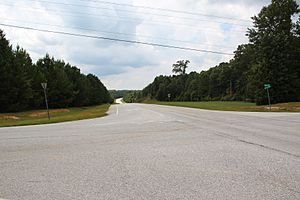 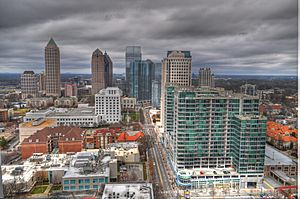 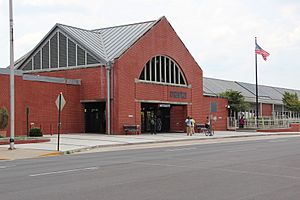 MARTA serves most of the county, and along with Clayton and Dekalb County, Fulton pays a 1% sales tax to fund it. MARTA train service in Fulton is currently limited to the cities of Atlanta, Sandy Springs, East Point, and College Park, as well as the airport. Bus service covers most of the remainder, except the rural areas in the far southwest. North Fulton residents have been asking for service, to extend the North Line ten miles (16 km) up the Georgia 400 corridor, from Perimeter Center to the fellow edge city of Alpharetta. However, as the only major transit system in the country that its state government will not fund, there is no money to expand the system. Sales taxes now go entirely to operating, maintaining, and refurbishing the system. Xpress GA/ RTA provides commuter bus service from the outer suburbs of Fulton County, the city of Sandy Springs to Midtown and Downtown Atlanta.

Hartsfield-Jackson Atlanta International Airport straddles the border with Clayton County to the south and is the busiest airport in the world. The Fulton County Airport, often called Charlie Brown Field after politician Charles M. Brown, is located just west-southwest of Atlanta's city limit. It is run by the county as a municipal or general aviation airport, serving business jets and private aircraft.

All content from Kiddle encyclopedia articles (including the article images and facts) can be freely used under Attribution-ShareAlike license, unless stated otherwise. Cite this article:
Fulton County, Georgia Facts for Kids. Kiddle Encyclopedia.