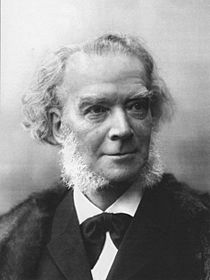 Reinecke was born near Hamburg, which was part of Denmark at the time. Carl learned music from his father. He was soon playing the piano in public and was composing by the age of twelve.

When he was 19 he travelled about giving concerts. He went as far east as Riga. In 1846 he became Court Pianist for King Christian VIII in Copenhagen. He stayed there until 1848, composing four piano concertos as well as concertos for violin, cello, harp and flute. He continued to travel, including to Leipzig where he met Schumann, Mendelssohn and Liszt.

In 1851 he became a professor at the Cologne Conservatory. Later he had conducting jobs in Barmen and Breslau.

In 1860, Reinecke was made director of the famous Gewandhaus Orchestra concerts in Leipzig, and professor of composition and piano at the Conservatorium. He became director of the Conservatorium and made it one of the best in Europe. He conducted the Gewandhaus Orchestra for 35 years and raised the standard of their playing. He conducted many first performances, including the first complete performance of Brahms's German Requiem (1869).

At the age of 80, Reinecke recorded his playing on piano roll, making him the earliest-born pianist to have his playing recorded in any way.

He retired in 1902, but continued to compose until the end of his life.

All content from Kiddle encyclopedia articles (including the article images and facts) can be freely used under Attribution-ShareAlike license, unless stated otherwise. Cite this article:
Carl Reinecke Facts for Kids. Kiddle Encyclopedia.