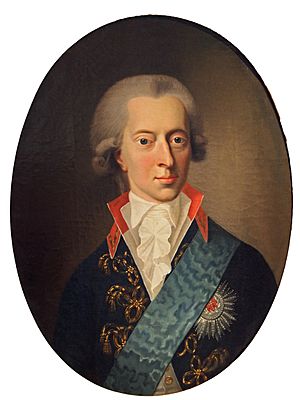 He lost his mother at the age of three. His stepmother, Juliana Maria of Brunswick-Wolfenbüttel, did not take an interest in him, and preferred her own son, Frederik. Christian suffered from epileptic seizures. His educator, Count Detlev of Reventlow, educated him very severely, locking him up in dark chambers for hours at times. Starting at an early age, Christian showed signs of mental illness. At age 17, he was married to his cousin, Caroline Matilda of Great Britain. Caroline Matilde bore a son, the future King Frederick VI of Denmark.

When he became king, his cabinet ruled, much like in his father's time. The cabinet was led by Count Johann Hartwig Ernst von Bernstorff. When he toured Europe, he met Johann Friedrich Struensee, a medical doctor, who was influenced by the ideas of Enlightenment. Struensee soon gained influence at the court. Struensee initiated a number of liberal reforms. He also became the lover of queen Louise, who Christan neglected. In the year 1771, Princess Louise Auguste of Denmark was born. People think that Struensee was probably her father. Struensee was executed on 28 April 1772 outside the gates of Copenhagen. The queen was banned from the court. One of the last decrees of Struensee was to create the town of Christiansfeld, where people from the Moravian Church found shelter.

After the execution, Ove Høegh-Guldberg led the kingdom, supported by Queen Juliane and her son. Many of Struensee's reforms were undone. Andreas Peter Bernstorff stepped down in 1780. In the year 1784, Christian's son Frederick took power, reigning in the place of his father. Frederick was influenced by Enligtenment, and made a number of reforms; for example, the abolition of serfdom. Ernst Heinrich von Schimmelmann was made minister of finances. Together with Christian Ditlev Reventlow they boosted trade. Von Bernstorff returned to power in 1784, and was a strong supporter of the neutrality of Denmark. There was an economic boom.

Christian VII died in 1808 as a result of a stroke.

All content from Kiddle encyclopedia articles (including the article images and facts) can be freely used under Attribution-ShareAlike license, unless stated otherwise. Cite this article:
Christian VII of Denmark Facts for Kids. Kiddle Encyclopedia.