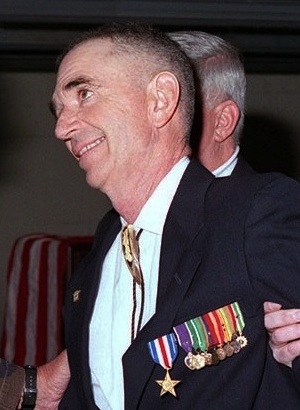 Gunnery Sergeant Carlos Norman Hathcock II (May 20, 1942 – February 23, 1999) was a U.S. Marine Corps scout/sniper. He was famous for having one of the highest numbers of confirmed kills in the U.S. military, during the Vietnam War, as well as holding the record for many years for the longest sniper kill in history.

All content from Kiddle encyclopedia articles (including the article images and facts) can be freely used under Attribution-ShareAlike license, unless stated otherwise. Cite this article:
Carlos Hathcock Facts for Kids. Kiddle Encyclopedia.