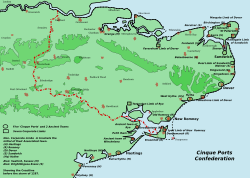 The Cinque Ports and their 'limbs'

The Cinque Ports is a confederation of coastal towns in Kent and Sussex. It was originally formed for military and trade purposes, but is now ceremonial. A Royal Charter of 1155 established the ports. The ports are at the eastern end of the English Channel, where the crossing to the continent is narrowest. In Norman French, the name means "five ports". They were:

However, Rye, originally a subsidiary of New Romney, changed to become one of the Cinque Ports, after New Romney was damaged by storms and silted up. Romney is now a mile from the sea, separated from it by Dungeness, which is a large pebble beach. 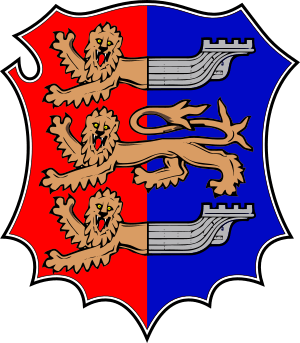 The Federation of Cinque Ports includes various other towns on the coast. These are called "limbs" of the Cinque Ports.

The Federation is supported by two towns, one of which is Rye, and the other (a few miles back from the coast) is Winchelsea. These towns once supported militias which could be used for defence of the area.

All content from Kiddle encyclopedia articles (including the article images and facts) can be freely used under Attribution-ShareAlike license, unless stated otherwise. Cite this article:
Cinque Ports Facts for Kids. Kiddle Encyclopedia.