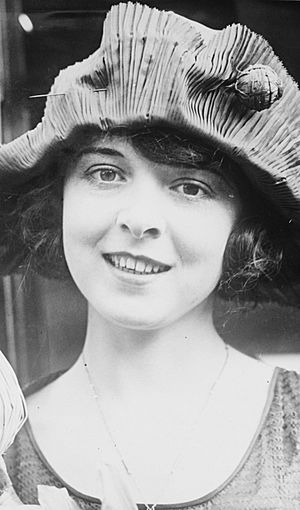 Kathleen Harrison (aka Colleen Moore; August 19, 1899 – January 25, 1988) was an American movie actress. She had most of her success in the silent era. Moore played Ruth in The Bad Boy. She also played Mary in Her Bridal Nightmare. Her career lasted until 1934.

Moore was born in Port Huron, Michigan. She died of cancer in Paso Robles, California at 88.

All content from Kiddle encyclopedia articles (including the article images and facts) can be freely used under Attribution-ShareAlike license, unless stated otherwise. Cite this article:
Colleen Moore Facts for Kids. Kiddle Encyclopedia.