Colors of the Wind facts for kids

"Colors of the Wind" is a song written by composer Alan Menken and lyricist Stephen Schwartz for Walt Disney Pictures' 33rd animated feature film, Pocahontas (1995). The film's theme song, "Colors of the Wind" was originally recorded by American singer and actress Judy Kuhn in her role as the singing voice of Pocahontas. A pop ballad, the song's lyrics are about animism and respecting nature, and have been compared to both transcendentalist literature and New Age spirituality.

"Colors of the Wind" received a mostly positive reception from critics, with a number of them citing it as one of the best songs from a Disney film. The song would go on to win the Academy Award for Best Original Song, the Grammy Award for Best Song Written for a Motion Picture, Television or Other Visual Media, and the Golden Globe Award for Best Original Song. American actress and recording artist Vanessa Williams's adult contemporary cover of the song was released as the lead single on May 23, 1995, by Walt Disney Records, from the film's soundtrack, and became a top ten hit on the Billboard Hot 100. "Colors of the Wind" would also be covered by other artists, including Ashanti and Brian Wilson, and was featured on an episode of Lip Sync Battle. 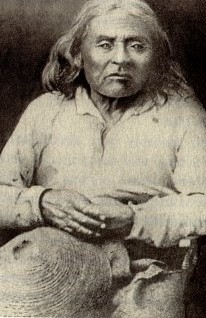 The song was inspired by the words of Chief Seattle.

Following the death of Howard Ashman, the Walt Disney Company wanted to find another musician to collaborate with Alan Menken on his scores for animated films. Stephen Schwartz, the composer behind the Broadway theater hits Godspell (1971), Pippin (1972), and The Magic Show (1974), received a call from the company asking if he would like to collaborate with Menken. Schwartz had never considered working in the film industry, but agreed to do so nonetheless. Schwartz did not feel he was well-suited to the job.

Schwartz wanted to write a song for the film wherein Pocahontas confronts the Eurocentrism of John Smith. "Colors of the Wind" was the first song written for Pocahontas. According to Schwartz, the song "influence[d] the development of the rest of the film." Schwartz said that "a story-board outline was in place before we wrote [the track]. This is often the process in animation, at least as I've experienced it, where everybody works from an outline and each succeeding piece of material, whether it is a song or drawings, influences the next." The track was inspired by Native American poetry, music and folklore, as well as a famous letter sent to the United States Congress by Chief Seattle regarding humanity's relationship with nature. Part of the letter reads: "The wind that gave our grandfather his first breath also received his last sigh. The wind also gives our children the spirit of life. So if we sell our land, you must keep it apart and sacred, as a place where man can go to taste the wind that is sweetened by the meadow flowers." This portion of the letter inspired the song's title, which Schwartz liked because he saw it as paradoxical and thought-provoking.

Schwartz also drew inspiration for "Colors of the Wind" from the music of Oscar Hammerstein II and Sheldon Harnick, as it deals with issues of prejudice. Menken said that while "Colors of the Wind" was "born out of the modality of Native American music...it quickly moved to its own place, which is hard to define." Menken has noted that the song lacks humor, which he and Schwartz attempted to inject into Pocahontas and failed. Initially, the final lines of the song were "For your life's an empty hull/till you get it through your skull/you can paint with all the colors of the wind." Menken disapproved of these lyrics and asked Schwartz to rewrite them; Schwartz changed the lines to "You can own the Earth, and still/all you'll own is earth until/you can paint with all the colors of the wind." Schwartz preferred the altered lyrics. Schwartz said that this incident taught him the lesson: "If your collaborator is unhappy, it's probably because [the song] needs to be better," adding that he may not have won an Academy Award if he did not change the lyrics. Menken views "Colors of the Wind" as one of the most important songs he has written. Schwartz believed that the Walt Disney Company would reject "Colors of the Wind" for being philosophical and different from previous Disney songs. Judy Kuhn sang the song to help "pitch" Schwartz's score to Disney, and the studio embraced the track. Schwartz and Menken became friends, and later wrote music for the Disney films The Hunchback of Notre Dame (1996) and Enchanted (2007) together.

"Colors of the Wind" has been compared to the writings of transcendentalists Henry David Thoreau (left) and Ralph Waldo Emerson (right).

"Colors of the Wind" is a pop ballad written by Alan Menken and Stephen Schwartz and performed by Judy Kuhn. It has a length of three minutes and thirty-four seconds. According to the Orlando Sentinel, the song does not resemble Native American music. The song is about animism and having respect for nature. It features lyrics about "painting with all the colors of the wind" and listening to "the voices of the mountains sing."

Madhurya Gajula of The Odyssey Online opined that the song's lyrics about nature's interconnectivity bears similarity to transcendentalism, specifically the philosophy of Henry David Thoreau; similarly, Justyna Fruzińska wrote in Emerson Goes to the Movies: Individualism in Walt Disney Company's Post-1989 Animated Films that the lyrics of "Colors of the Wind" are reminiscent of the writings of transcendentalist Ralph Waldo Emerson and New Age spirituality. The staff of Billboard likened the lyrics of "Colors of the Wind" to a public service announcement about embracing diversity. Sonically, Rita Kempley of The Washington Post found "Colors of the Wind" akin to music from Busby Berkeley films and The Little Mermaid (1989).

The song also features a mention of a "blue corn moon"; there is no such thing according to Charisse. Responding to a fan inquiry, Schwartz admitted that he coined the phrase after reading a Native American love poem which read: "I will come to you in the moon of green corn"; Native Americans referred to months as "moons" and named them after events that happened seasonally, such as the sprouting of green corn. Schwartz disliked the phrase "green corn moon" due to the sound of the word "green" and because he felt it might evoke the urban legend that the Moon is made of green cheese. Instead, Schwartz used the phrase "blue corn moon" as it reminded him of both blue moons and blue corn tortillas. Schwartz thought that the phrase might evoke the Indigenous peoples of the Southeastern Woodlands rather than the Algonquin people depicted in Pocahontas, but was satisfied with it anyway.

The 10th anniversary edition DVD release of the movie features a multi-language clip reel presenting the song "Colors of the Wind" in 11 of the 28 versions originally released for the movie, with an introduction by director Mike Gabriel.

Cover versions and usage in media

Vanessa Williams was chosen to perform "Colors of the Wind" due to the success of her Grammy Award-nominated single "Save the Best for Last". Williams' cover is an adult contemporary pop song which omits the opening lyrics of the original version of the track. The cover features Bill Miller playing the Native American flute. Scott Mendelson of Forbes wrote "The practice of having what amounts to a radio-friendly pop version of a given Disney song for a new Disney movie is of course an old tradition going back at least to" Celine Dion and Peabo Bryson's cover of the title track of Beauty and the Beast (1991); Mendelson noted that this practice was continued with Williams' version of "Colors of the Wind" and Demi Lovato's rendition of "Let It Go" from Frozen (2013). According to Mendelson, Williams' cover "was considered an 'all is forgiven' note" following the removal of her Miss America title.

The album Disneymania (2002) includes Ashanti's version of "Colors of the Wind". Actress Christy Carlson Romano covered the song for her debut EP Greatest Disney TV & Film Hits (2004). Actress and singer Vanessa Hudgens covered the song for Disneymania 5 (2007). Brian Wilson released a funk-influenced version of "Colors of the Wind" on his album In the Key of Disney (2011). American singer Tori Kelly's rendition of the song was included on the album We Love Disney (2015). Kelly decided to cover the song because she was obsessed with Pocahontas as a child. The Chipettes covered the song for the 1995 album When You Wish Upon a Chipmunk. Australian soprano Mirusia Louwerse covered "Colors of the Wind" for This Time Tomorrow (2016), her fourth solo album. The singer's arrangement has been described as featuring "a simple and unobtrusive accompaniment on acoustic guitar." Postmodern Jukebox, a musical collective that creates vintage-style covers of popular songs, released a cover of the song in the style of 1970s soul music.

Actress Melissa McCarthy lip synced the song during an episode of Lip Sync Battle. Before lip syncing the track, McCarthy donned protective goggles. Then a high-powered wind machine blew water, stuffed animals, confetti, streamers and fake leaves at her as the song played. The performance received a standing ovation, and Jimmy Fallon deemed her the winner of the battle.

All content from Kiddle encyclopedia articles (including the article images and facts) can be freely used under Attribution-ShareAlike license, unless stated otherwise. Cite this article:
Colors of the Wind Facts for Kids. Kiddle Encyclopedia.