Division of Bowman facts for kids 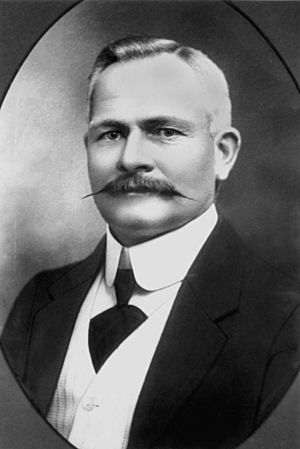 The Division of Bowman is an Australian Electoral Division in Queensland. It was set up in 1949 and is named for David Bowman (1860-1916), an early leader of the Australian Labor Party, in Queensland. The seat is located in the eastern suburbs of Brisbane, and includes Capalaba, Cleveland, Redland Bay, Birkdale, Thorneside, Alexandra Hills, Thornlands, Mount Cotton, Cornubia, Ormiston, Wellington Point and Victoria Point. It also includes the islands of Moreton Bay including Coochiemudlo Island, the Bay Islands (Russell, Karragarra, Macleay and Lamb) and North Stradbroke Island.

After the 2009 electoral redistribution there was only a difference 0.005% between the two main parties, making Bowman the most marginal seat in the country.

All content from Kiddle encyclopedia articles (including the article images and facts) can be freely used under Attribution-ShareAlike license, unless stated otherwise. Cite this article:
Division of Bowman Facts for Kids. Kiddle Encyclopedia.