Cleveland is a coastal and central locality in the City of Redland, Queensland, Australia. In the 2016 census Cleveland had a population of 14,801 people.

Its location makes it a transport hub for islands in Moreton Bay. 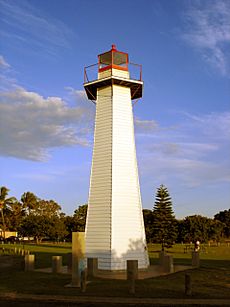 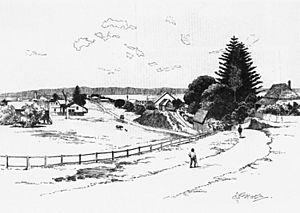 Sketch of Cleveland as viewed from the Brighton (Grand View) Hotel, 1892 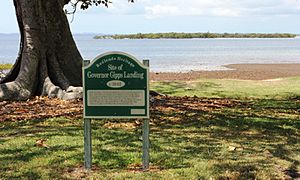 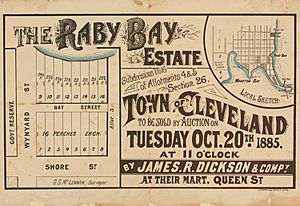 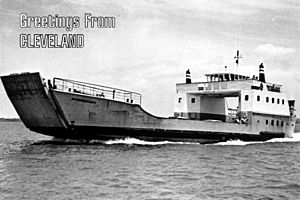 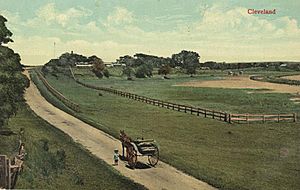 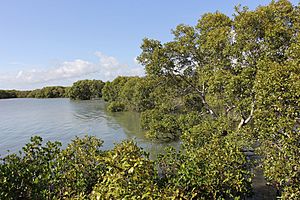 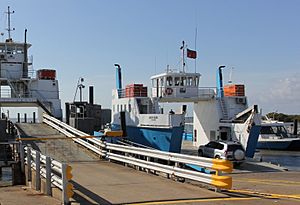 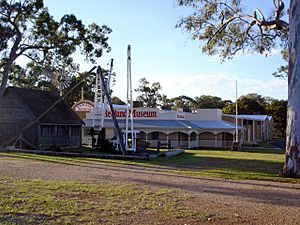 The Redland Museum, viewed from the Cleveland Showgrounds 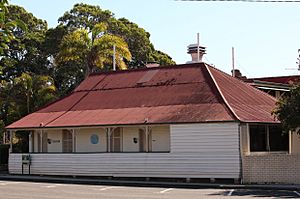 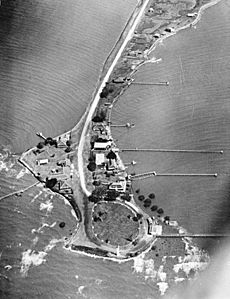 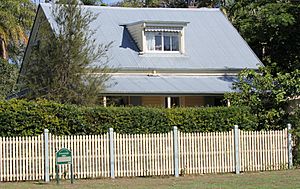 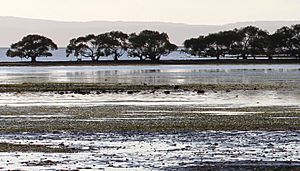 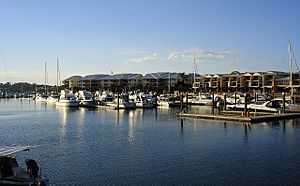 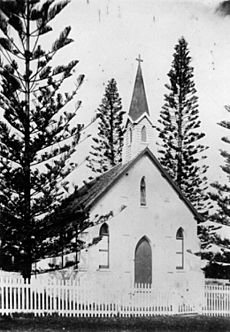 Cleveland was the traditional territory of the Koobenpul clan of the Quandamooka. There are conflicting reports as to the naming of Cleveland; it was either named in 1770 by Captain James Cook in honour of John Clevland, the Secretary of the Admiralty around the time, or by surveyors in the 1840s, in honour of William Vane, 1st Duke of Cleveland.

European settlement of Brisbane and surrounding areas was banned from 1824 until 1842, due to the Moreton Bay Penal Settlement, but the area to become Cleveland was first surveyed in 1840, and in 1841, was recommended for a maritime or seaport township. In 1847 a navigation beacon was established at Cleveland Point.

In 1847, the Government planned for the new town, and on 13 December 1850, Cleveland was proclaimed a township. The first land sales of the new township took place a year later, with early purchases primarily around Cleveland Point, at the time an early candidate for a major port to replace Brisbane. Brisbane was troubled by sand bars across the mouth of the Brisbane River, and Cleveland Point was closer to the southern passage (the entrance to Moreton Bay between North Stradbroke Island and Moreton Island).

However, when Governor Sir George Gipps visited Cleveland in 1842, it is reported that upon disembarking his boat, he immediately sank into the mudflats up to his waist. He was so annoyed by this that he changed his mind and suggested Ipswich. A series of wreckings in the southern passage led to ships using the longer but safer northern entrance between Bribie and Moreton islands. This, and an unfortunate fire at the Cleveland jetty, removed any hopes for Cleveland.

In 1852, the first large buildings were built in Cleveland; what is now the Grand View Hotel, and the Old Courthouse, at the time a workers cottage. Farms sprang up; a brickworks was built at the point, and a wool store to handle shipping. The first mail service to Cleveland began in 1861, with the first school established at the same time. The wool store, unused because of Cleveland's failure as a port, was converted into a sawmill, which supplied timber to a shipyard built at the Point. The population at this time was only 270. Tourism blossomed with the arrival of the first regular steamer service to Cleveland in 1864.

The Cleveland Point Light was also constructed in 1864, and was only replaced in 1969. From this time, the most popular crop was sugar cane, until it was replaced by the popularity of fruits such as passion fruit and strawberries.

A rail line connecting Brisbane to Cleveland was completed in 1889, and with it tourism, residential subdivisions and farming further grew in the area.

The area now known as G.J. Walter Park was originally proclaimed a reserve by the Government on 13 March 1889. This area was used mainly by residents and day trippers for swimming, picnicking and general park use. This area is included on the Redland City Council's Register of Heritage Places classified as being of local significance.

Toondah Harbour is situated in an area of coastal wetlands featuring sandbanks, mudflats and mangroves which provide important habitats for dugongs, turtles and many shorebird species including migratory birds such as the critically endangered eastern curlew. Most of the wetlands in this area, except for Toondah Harbour and its primary channel, are within the boundaries of the Moreton Bay Ramsar site.

Cassim Island, an area of sandbanks and mangroves located to the north of Toondah Harbour, provides the Harbour with shelter from northerly winds. The island is named after William Cassim, an early Cleveland hotel keeper. Cassim Island provides a high value habitat for wading birds and other mangrove fauna.

The Queensland Government is proposing extensive development between Toondah Harbour and Cassim Island including an 800 berth marina.

On 23 February 2014 approximately 300 people attended a rally to protest against the Government's plans to "carve up" the G.J. Walter Park as part of its Toondah Harbour redevelopment proposal.

A number of Queensland architects and planners reviewed the scheme at an Urban Design Workshop. The workshop Convenor said the group found the current Toondah scheme "too large, unfeasible and risky". He said the workshop recommended smaller developments across the city linking Raby Bay with Cleveland's CBD and the ferry terminal.

On 4 March 2014 a petition with 1,211 signatures calling for the Government's plans to be withdrawn was tabled in the Queensland Parliament.

On 19 March the Council decided to ask the Queensland Government to make some changes to the plan which include reducing building heights from 15 storeys to 10 and a 400-berth marina at Toondah Harbour instead of 800 berths.

In April 2014, after the consultation period had ended, the Redland City Council released copies of various "expert reports" used to prepare the proposed development scheme.

On 31 May 2014 an approved development scheme was released together with a lengthy report on the 583 submissions received during the consultation period.

A number of regionally important cultural facilities are located in Cleveland including:

Cleveland has a number of heritage-listed sites, including:

Major features of Cleveland include;

Major road access to Cleveland is provided by Finucane Road and Bloomfield Street. Cleveland railway station provides access to regular Queensland Rail City network services to Brisbane via the Cleveland Railway Line. In January 2013, a Queensland Rail suburban train overran the bumper at the end of the line and crashed into the toilet block of the train station. Although initial impression were that the train's brakes had failed, the subsequent inquiry put the blame on the rails being made slippery by a combination of leaves, oil, and rain, possibly caused by a storm a few days earlier.

All content from Kiddle encyclopedia articles (including the article images and facts) can be freely used under Attribution-ShareAlike license, unless stated otherwise. Cite this article:
Cleveland, Queensland Facts for Kids. Kiddle Encyclopedia.