Division of Macarthur facts for kids 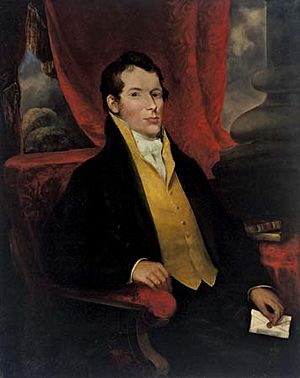 The Division of Macarthur is an Australian electoral division in the state of New South Wales. It is named after John Macarthur and his wife Elizabeth, who were both pioneers of Australia's wool industry.

Over the years the size of the electorate has become much smaller. This is because of the increasing number of people living in the Campbelltown region. The towns of Bowral and Moss Vale and a large part of the Southern Highlands were removed from the division before the 2001 election.

All content from Kiddle encyclopedia articles (including the article images and facts) can be freely used under Attribution-ShareAlike license, unless stated otherwise. Cite this article:
Division of Macarthur Facts for Kids. Kiddle Encyclopedia.