Division of Wakefield facts for kids 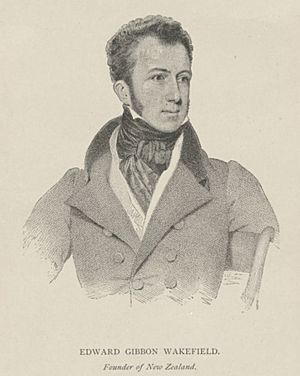 The Division of Wakefield was an Australian electoral division in the state of South Australia. It covered an area from the northern suburbs of Adelaide to the Clare Valley, 135 km north of Adelaide. It includes the suburbs of Elizabeth, Craigmore, Munno Para, Virginia, and part of Salisbury, and the towns of Gawler, Balaklava, Clare, Kapunda, Riverton, Mallala, Freeling, Tarlee, Williamstown, and parts of Port Wakefield.

Sir Frederick Holder and Neil Andrew (1998–2004) were Speaker of the House. Holder was also Premier of South Australia on two occasions. Holder's death in 1909 caused a by-election. In 1938 the death of Charles Hawker also caused another by-election.

All content from Kiddle encyclopedia articles (including the article images and facts) can be freely used under Attribution-ShareAlike license, unless stated otherwise. Cite this article:
Division of Wakefield Facts for Kids. Kiddle Encyclopedia.