The town of Clare (postcode 5453) is located in South Australia in the Mid North region, 136 km north of Adelaide. It gives its name to the Clare Valley wine and tourist region. 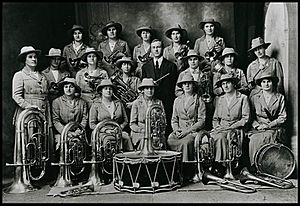 The first European to explore the district was John Hill, who in April 1839 discovered and named the Wakefield River and Hutt River. In early 1840 the first European settlers arrived in the district, led by John Horrocks. The town itself was established in 1842 by Edward Burton Gleeson, and named after his ancestral home of County Clare in Ireland.

The town was first named Inchiquin. Lake Inchiquin is now the name of a reservoir located to the north of the town, near the golf club.

A railway line was built from Riverton to Clare in 1919 and on to Spalding in 1922. It closed in 1974 and the tracks were removed in the 1980s after damage caused by the Ash Wednesday fires of 1983. The alignment now carries the Riesling Trail walking and cycling trail.

The layout of the town's road system was apparently designed by a draughtsman in Adelaide, without any knowledge of the local geography. There are several roads in Clare that end abruptly at a cliff face, only to continue again at the top of the cliff. 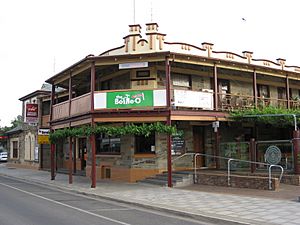 As one of the larger towns in the region, Clare is an administrative and service centre for the surrounding area. It has two supermarkets, many other specialty stores, two public and two private schools, three hotels, two motels, a caravan park and showground.

Clare has become recognised for its 'experiences', including the Riesling Trail walking and cycling route from 9 km north of Clare to Auburn (25 km), on the former railway alignment, so named as it weaves past vinyards and wineries, and continuing to Riverton as the Rattler Trail. The Clare Valley wine region continues within the same line of hills as the famous Barossa Valley, and also produces some excellent wine.

All content from Kiddle encyclopedia articles (including the article images and facts) can be freely used under Attribution-ShareAlike license, unless stated otherwise. Cite this article:
Clare, South Australia Facts for Kids. Kiddle Encyclopedia.