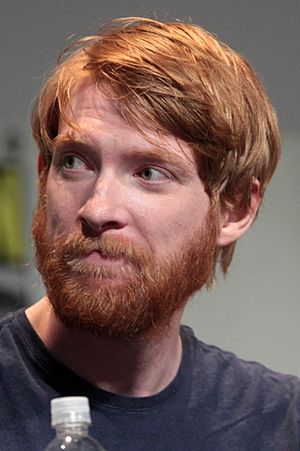 Gleeson at the 2015 San Diego Comic-Con.

Gleeson was born in Dublin. His father, Brendan, and his brother, Brian, are also actors. He is a fan of English football club Aston Villa.

All content from Kiddle encyclopedia articles (including the article images and facts) can be freely used under Attribution-ShareAlike license, unless stated otherwise. Cite this article:
Domhnall Gleeson Facts for Kids. Kiddle Encyclopedia.