Eddystone is a borough in Delaware County, Pennsylvania, United States. The population was 2,410 at the 2010 census.

The area at the mouth of Ridley Creek was first called "Tequirassy" by Native Americans. The land was owned by Olof Persson Stille, one of the early settlers from New Sweden, who had immigrated in 1641. Olof Stille, a millwright by trade, came from Penningby Manor in Länna in the county of Uppland, north of Stockholm, Sweden. After the conquest of the colony by the Dutch in 1658, Stille was one of the four commissaries or magistrates appointed to administer justice among the inhabitants, and thus became a judge of the first court on the banks of the Delaware.

Eddystone Borough was incorporated on December 7, 1888. Eddystone's petition for incorporation was challenged in court on several grounds, including that "the finances of the township of Ridley and of the Ridley school district will be diminished by the creation of this borough." On December 3, 1888, the Delaware County Court of Common Pleas issued an opinion rejecting these claims, noting that while Ridley's "revenues...will be diminished, so will its burdens." 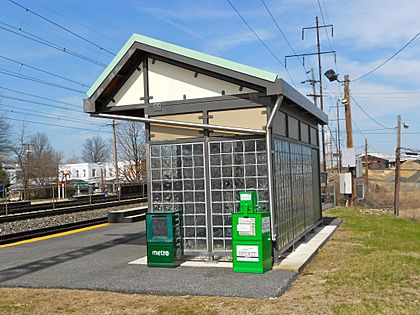 Eddystone gets its name from William Simpson who was so impressed by the Eddystone Lighthouse on a visit to England that he named the town & print works he had founded after it.

There were 964 households, out of which 31.7% had children under the age of 18 living with them, 40.8% were married couples living together, 16.8% had a female householder with no husband present, and 37.0% were non-families. 32.5% of all households were made up of individuals, and 14.2% had someone living alone who was 65 years of age or older. The average household size was 2.53 and the average family size was 3.24. 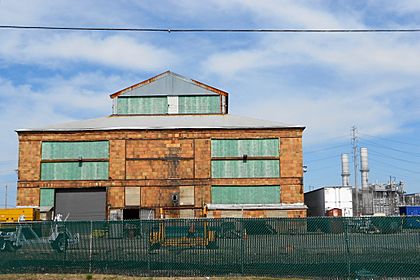 Eddystone has a history of heavy industry. It was the site of the largest Baldwin Locomotive Works plant (the smaller being in Spring Garden, Philadelphia). Baldwin was once the largest manufacturer of steam locomotives in the world. Today an Exelon generating station occupies some of the riverfront. The Platt-LePage Aircraft Company built some of the earliest rotorcraft on adjacent land to the northeast (outside the borough). The site's association with military helicopters continued through McDonnell Aircraft and McDonnell Douglas all the way to the present, as a Boeing Integrated Defense Systems plant now operates there.

During World War I, Remington Arms opened the Eddystone Rifle Plant on Baldwin land with Baldwin management. Here it produced the Pattern 1914 Enfield rifle and M1917 Enfield rifle. A large portion of the rifles used by American soldiers in France in World War I were made at Eddystone. In January 1918 Remington Arms was absorbed by Midvale Steel and Ordnance Company, which took over the rifle plant.

Baldwin also formed a subsidiary company (Eddystone Ammunition Corporation) in 1915 to build artillery shells (Russian-model on British order). On 10 April 1917, 133 people were killed in an explosion at the artillery shell plant. A monument near the Edgmont Avenue side of the Chester Rural Cemetery marks the final resting place for the remains of the unidentified victims, mostly women and young girls.

In 1917 the U.S. government also placed artillery shell orders, and bought out some of the assets of the Eddystone Ammunition Corporation. A new corporation, the similarly named Eddystone Munitions Company, was formed by Baldwin to make the shrapnel for the shells.

All content from Kiddle encyclopedia articles (including the article images and facts) can be freely used under Attribution-ShareAlike license, unless stated otherwise. Cite this article:
Eddystone, Pennsylvania Facts for Kids. Kiddle Encyclopedia.