Kids Encyclopedia Facts
Not to be confused with Delaware Valley.

Delaware County, colloquially referred to as Delco, is a county located in the U.S. state of Pennsylvania that borders Philadelphia. With a population of 566,747, it is the fifth most populous county in Pennsylvania, and the third smallest in area. The county was created on September 26, 1789, from part of Chester County, and named for the Delaware River.

Its county seat is Media. Until 1850, Chester was the county seat of Delaware County and, before that, of Chester County. 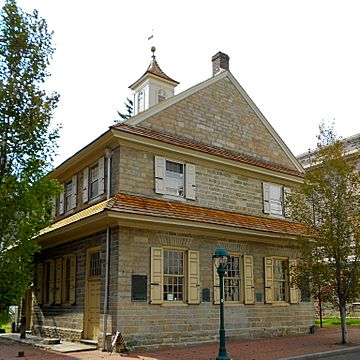 The old Chester Courthouse, built in 1724.

Delaware County lies in the river and bay drainage area named "Delaware" in honor of Thomas West, 3rd Baron De La Warr, Governor of the nearby English colony of Virginia. The land was "discovered" and explored by Henry Hudson in 1609, and over the next several decades it was variously claimed and settled by the Swedes, the Dutch, and the English. Its original human inhabitants were the Lenni-Lenape tribe of American Indians.

Once the Dutch were defeated and the extent of New York was determined, King Charles II of England made his grant to William Penn in order to found the colony which came to be named Pennsylvania. Penn divided his colony into three counties: Bucks, Philadelphia, and Chester. The riverfront land south of Philadelphia, being the most accessible, was quickly granted and settled. In 1789, the southeastern portion of Chester County was divided from the rest and named Delaware County for the Delaware River. 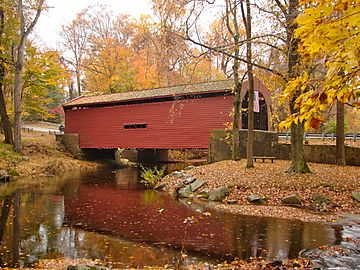 Delaware County is roughly diamond- or kite-shaped, with the four sides formed by the Chester County boundary to the northwest, the boundary with the state of Delaware (a portion of the "Twelve Mile Circle") to the southwest, the Delaware River (forming the border with the state of New Jersey to the southeast, and the city of Philadelphia and Montgomery County to the east and northeast. 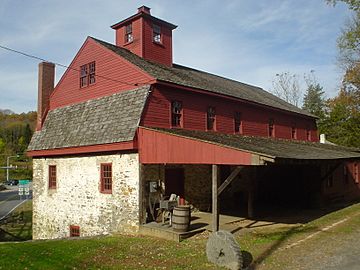 Newlin Mill, built 1704, on the west branch of Chester Creek, near Concordville.

Waterways in Delaware County generally flow in a southward direction and ultimately drain into the Delaware River. The waterways are, from west to east: the Brandywine River (forming a portion of the county's western boundary with Chester County), Chester Creek, Ridley Creek, Crum Creek, Muckinipates Creek, Darby Creek and Cobbs Creek (forming a portion of the county's eastern boundary with Philadelphia). Crum Creek was dammed in 1931 near Pennsylvania Route 252 to fill Springton Lake (also known as Geist Reservoir), an approximately 391-acre (1.58 km2) drinking water reservoir maintained by Aqua America, the county's largest lake.

Delaware County is one of four counties in the United States to border a state with which it shares the same name (the other three are Nevada County, California, Texas County, Oklahoma, and Ohio County, West Virginia). 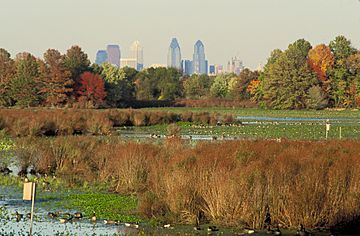 Delaware County is bisected north to south by Blue Route Interstate 476, which connects I-76 just north of the extreme northern corner of the county to I-95, which parallels the Delaware River along the southeastern edge of the county.

The western portion of Philadelphia International Airport is located in Delaware County, and the county hosts some airport-related commerce such as Philadelphia's UPS terminal and airport hotels. 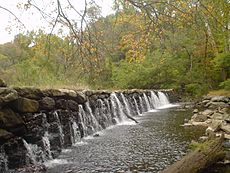 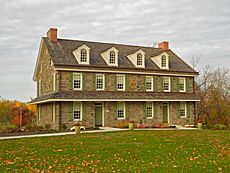 There is one Pennsylvania state park in Delaware County. 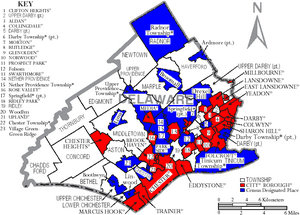 Under Pennsylvania law, there are four types of incorporated municipalities: cities, boroughs, townships, and exactly one town. There are 49 municipalities in Delaware County:

The population ranking of the following table is based on the 2010 census of Delaware County. 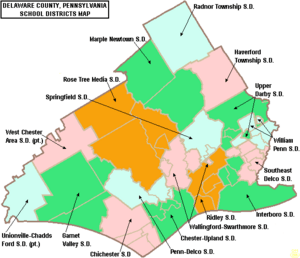 In Pennsylvania, charter schools are public schools. They receive a per pupil funding from the state along with federal funding. They are eligible to apply for many competitive grants offered by the state and federal governments. There are two charter schools in 2011. They are located within the attendance borders of the Chester Upland School District. Charter schools may accept students from neighboring school districts. 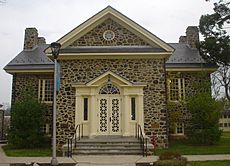 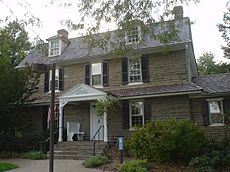 Benjamin West Birthplace on the campus of Swarthmore College 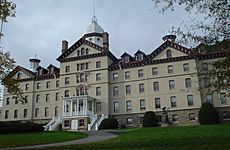 The city of Chester is home to the Philadelphia Union of Major League Soccer. The team plays at Talen Energy Stadium, a venue located at the base of the Commodore Barry Bridge.

Delaware County is the traditional home of women's professional soccer in the Philadelphia area. The former Philadelphia Charge of the defunct Women's United Soccer Association played at Villanova Stadium, which is located on the campus of Villanova University. The Philadelphia Independence of Women's Professional Soccer succeeded the Charge and played at Widener University's Leslie Quick Stadium in 2011.

Delaware County is the home of one of oldest baseball leagues in the country, the Delco League, which at one time was known for featuring future, former, and even current major league players who were offered more money than their current teams would pay them.

Every summer, Delaware County is home to the Delco Pro-Am, a basketball league consisting of current, future, and former NBA players as well as local standout players.

Delaware County is also the former home of a rugby league team called the Aston Bulls, a member of the American National Rugby League.

Darby was home to the Hilldale Club, the 1925 Colored World Series Champions.

All content from Kiddle encyclopedia articles (including the article images and facts) can be freely used under Attribution-ShareAlike license, unless stated otherwise. Cite this article:
Delaware County, Pennsylvania Facts for Kids. Kiddle Encyclopedia.