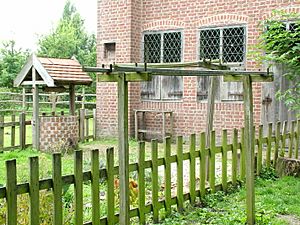 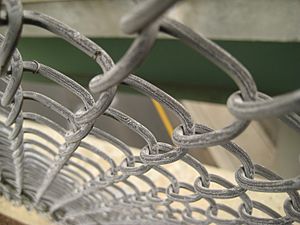 This is about a fence. You may be looking for the sport of fencing. 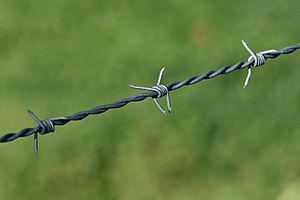 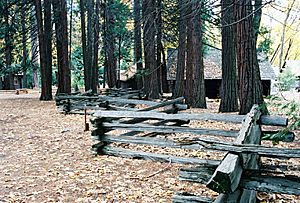 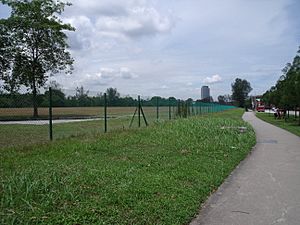 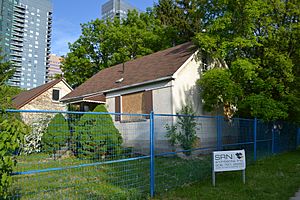 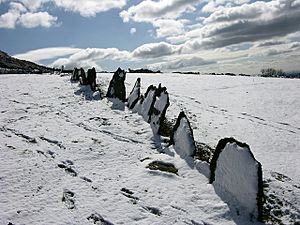 A snow-covered vaccary fence near Ramsbottom in Greater Manchester, UK

A balustrade or railing is a kind of fence to prevent people from falling over the edge, for example, on a balcony, stairway (see railing system), roof, bridge, or elsewhere near a body of water, places where people stand or walk and the terrain is dangerously inclined.

All content from Kiddle encyclopedia articles (including the article images and facts) can be freely used under Attribution-ShareAlike license, unless stated otherwise. Cite this article:
Fence Facts for Kids. Kiddle Encyclopedia.