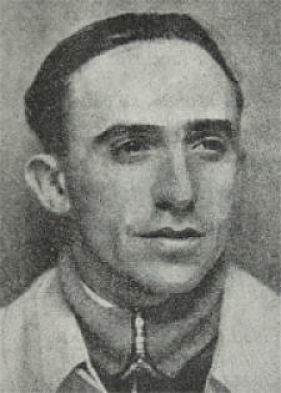 Francisco Ascaso Abadía (April 1 1901—July 20 1936) was a famous Anarcho-syndicalist in Spain, friend of Buenaventura Durruti. Ascaso in his life he traveled and fought as rebel, in Spain, France, Argentine, Belgium, Germany, Sweden, Latin America and was deported Canary Islands. In the Spanish Civil War, the anarchist Ascaso joined the Confederación Nacional del Trabajo (CNT) and he fought in the first time in the armed group called and then in 1922 in the group called Los Solidarios. In 1934 he became regional general secretary of the CNT. He died in the Spanish Civil War, on the first day of conflict in Barcelona. After his death, a groups of anarchists called them the "Francisco Ascaso Column".

All content from Kiddle encyclopedia articles (including the article images and facts) can be freely used under Attribution-ShareAlike license, unless stated otherwise. Cite this article:
Francisco Ascaso Facts for Kids. Kiddle Encyclopedia.