The Gave de Pau is a river of south-western France; it is a left tributary of the Adour river.

It takes its name from the city Pau, through which it flows. The word gave is a name given to rivers on the mountains in regions of the western Pyrenees; so, Gave de Pau means "the river of Pau" or "the river that flows through Pau". Many other rivers in the region have the word gave as part of their names.

Its average yearly discharge (volume of water which passes through a section of the river per unit of time) is 81.20 m3/s (2,868 cu ft/s) at Bérenx, in the Pyrénées-Atlantiques department. 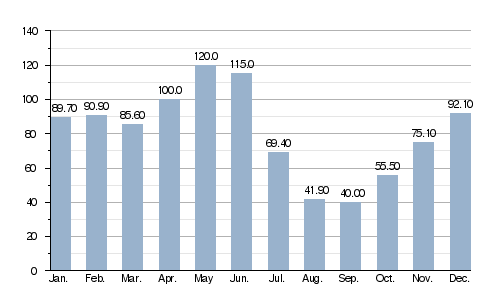 The Gave de Pau receives its main tributary, the Gave d'Oloron, in Peyrehorade and, from there, it is named as Gaves Réunis (United Gaves). Finally, it flows, as a left tributary, into the river Adour in the Landes department, at about 3 m (10 ft) of altitude.

The Gave de Pau flows through 90 communes. It passes through the following regions, departments and communes:

All content from Kiddle encyclopedia articles (including the article images and facts) can be freely used under Attribution-ShareAlike license, unless stated otherwise. Cite this article:
Gave de Pau Facts for Kids. Kiddle Encyclopedia.