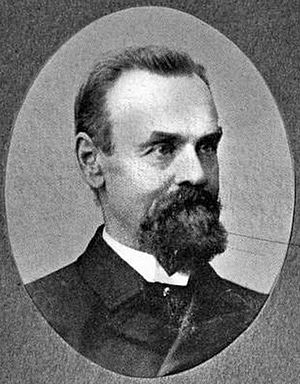 Born in Ashtabula County, Ohio, Symes attended the common schools. He studied law, admitted to the bar, and practiced law in Paducah, Kentucky. During the Civil War, he enlisted as a private in Company B, 2nd Wisconsin Volunteer Infantry Regiment, on April 12, 1861. He served as adjutant of the Twenty-fifth Regiment, Wisconsin Infantry. Symes was commissioned colonel of the Forty-fourth Regiment, Wisconsin Volunteers, in August 1864. He served as associate justice of the supreme court of Montana Territory from 1869 to 1871. He resumed the practice of law in Helena, Montana. He moved to Denver, Colorado, in 1874. 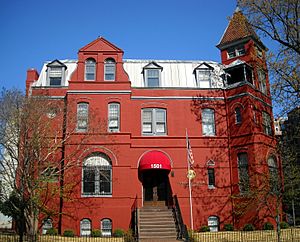 Symes was elected as a Republican to the Forty-ninth and Fiftieth Congresses (March 4, 1885 – March 3, 1889). He engaged in the management of his estate and in the practice of law. He died in Denver, Colorado, November 3, 1893. He was interred in Denver's Fairmount Cemetery.

All content from Kiddle encyclopedia articles (including the article images and facts) can be freely used under Attribution-ShareAlike license, unless stated otherwise. Cite this article:
George G. Symes Facts for Kids. Kiddle Encyclopedia.