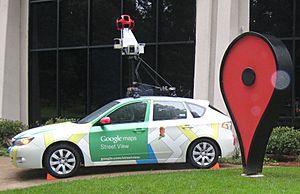 One of the cars that takes the pictures for Google Street View. 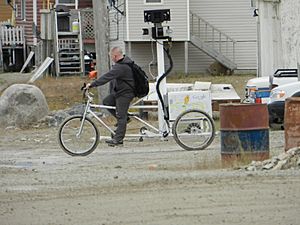 A man on a Google Street View bicycle. 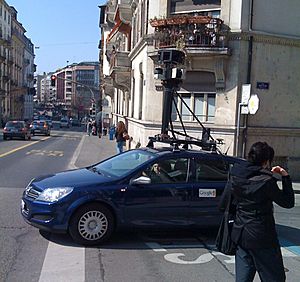 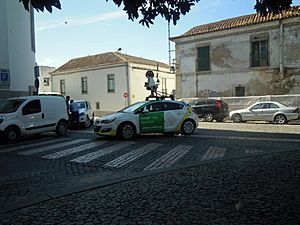 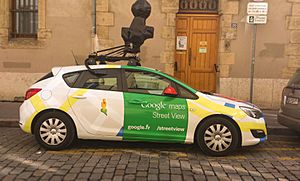 Google Street View is a feature that is used by Google Maps and Google Earth to show various streets throughout the world. Urban areas have the most pictures; many rural areas have none. The program was launched on May 25, 2007 and now has 48 countries with full or partial coverage.

All content from Kiddle encyclopedia articles (including the article images and facts) can be freely used under Attribution-ShareAlike license, unless stated otherwise. Cite this article:
Google Street View Facts for Kids. Kiddle Encyclopedia.