Grafton is a city in and the county seat of Taylor County, West Virginia, United States. The population was 5,164 at the 2010 census. Both of West Virginia's national cemeteries are located in Grafton. Mother's Day was founded in Grafton on May 10, 1908; the city is the home to the International Mother's Day Shrine. Grafton was one of the first places to observe Memorial Day in the United States. Grafton was a junction point for the Baltimore and Ohio Railroad; the southwestern line wends its way to Clarksburg while the northwestern line runs through Fairmont then to Morgantown; to the East lies Piedmont and on to Cumberland; lines to the south reached Elkins and Charleston, as well as numerous coal branches. 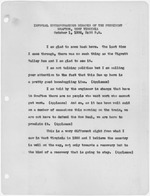 Remarks by FDR on 1936 visit to Grafton 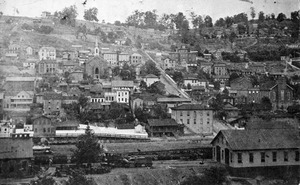 The settlement of Grafton was part of a rapid movement west to the new frontier in the early to mid 1700's. The Current Family, one of Grafton's first residents, were late seventeenth-century Irish immigrants who entered the continent by the way of Maryland. James Current traded a horse for 1300 acres of virgin land in Virginia, situated where the City of Grafton, West Virginia, is today. In 1751, he hired George Washington to stake his property. James Current and his wife Margaret are buried in Bluemont Cemetery; his is the only Revolutionary War soldier's grave in Grafton. Grafton is near what may be called the headwaters of the Monongahela River, which now form in the lee of the Tygart Valley Dam. The Tygart Valley was first settled by Europeans in 1753 when David Tygart (for whom the valley and river are named) arrived with his family.

In 1835, John Blue purchased 300 acres from the Current family and shortly thereafter the area called "Bridge Valley" (present day Fetterman) began to grow. The B&O Railroad arrived in 1852 during the construction of the nation's first trans-Appalachian railroad. By 1853, Grafton had emerged as a railroad town with several residences and stores catered to the development of the railroad. As the railroad facilities were being built, land was surveyed for the new town which was chartered March 15, 1856 in the Virginia General Assembly.

The history of the name "Grafton" is disputed between two possibilities. Grafton may have been named for John Grafton, a civil engineer of the B&O. Alternatively, it may be that railroad crews referred to the town as "Graftin" because it was the point at which a number of branch railroad lines met (grafted to) the railroad's mainline.

Due to the importance of the B&O Railroad for the movement of troops and supplies, Grafton was a strategic point during the early stages of the Civil War and both sides tried to control it. Although, most residents sided with the Union, people of Grafton and this area were divided. Union supporters joined the Grafton Guards and southern supporters joined the Confederate Letcher's Guard. On the evening of May 22, 1861, the two forces had a small skirmish in the Town of Fetterman (now a part of Grafton) resulting in the death of Thornsbury Bailey Brown, the first soldier killed in the Civil War. The Confederate forces were pushed south of Grafton under General B.J. Kelley and General George McClellan to Philippi where Mr. Kelley's forces defeated the Confederates under Colonel George A. Porterfield on June 3, 1861. Although the Union controlled the B&O terminal in Grafton, the Confederates often raided the area to disrupt its importance.

Establishment of the National Cemeteries

Thornsbury Bailey Brown, was the first soldier killed in the Civil War, at Fetterman, now part of Grafton. He is interred at the Grafton National Cemetery, which opened in 1868 in order to provide a burial ground for Union soldiers who died in West Virginia’s military hospitals and battlefields. The Federal Government selected Grafton as the site of the national cemetery for its proximity to the Maple Avenue Cemetery, which already contained the remains of many US Civil War veterans. On June 14, the first governor of West Virginia, Arthur Boreman, officially dedicated the cemetery. The cemetery contains more than 2,100 interments, including 1,252 Union soldiers. 613 Civil War soldiers are buried as unknowns and their graves are identified with six-inch square marble markers. In 1875, an Act of Congress was passed authorizing “preservation and maintenance” of the cemetery, and two plaques on the lowest terrace contain stanzas from Theodore O’Hara’s poem “Bivouac of the Dead.” Memorial Day services at Grafton National Cemetery include a special tradition known locally as “Flower Strewing Day.” Historically, each year a parade begins in downtown Grafton and winds its way towards the cemetery, where children from the town place flowers at each grave marker. The day concludes with a memorial service officiated by a prominent West Virginian. Every governor, except one who served a term of only six days, has spoken at the Grafton National Cemetery at least once during their term in office. 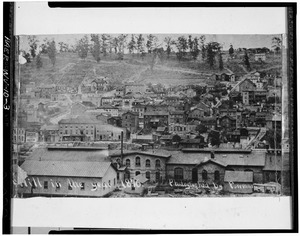 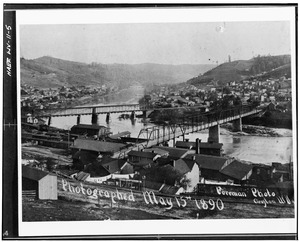 Following the Civil War, Grafton continued to grow and prosper from a railroad town to a major retail and industrial center for North Central West Virginia. In 1878, Grafton became the county seat after it was relocated from Pruntytown. Most of present day Grafton was built during the period from 1890 to 1930. John T. McGraw, a financier and major contributor to most of Grafton's buildings was the principal town builder. Besides his bank, Mr. McGraw built a number of buildings along Main Street, and also the streetcar system that was used for many years.

The Second New Deal served in 1936 to construct the "Tigrett Valley Dam" (sic), as remarked by Franklin Delano Roosevelt when he visited the city 1 October on a stump tour prior to his landslide re-election that 3 November. Upstream of the dam, Tygart Lake State Park was formed by this structure. The Tygart Valley River flows through Grafton.

Grafton continued to prosper throughout much of the early 20th century with much of this growth centered on the importance of the railroad. In the early 1950's, the Carr China Plant closed and left hundreds of residents unemployed. In the late 1950's, Hazel Atlas Glass Plant closed and also left hundreds of residents without jobs. In 1958, the women of Grafton organized a parade on Main Street to attract jobs for the men and women in the community. This parade received national recognition and ultimately helped Grafton acquire a plastic baby toys manufacturer and because of their efforts and the efforts of many in this community, Grafton was awarded an "All American City" by the National Civic League in 1962, the smallest city that year to receive the award.

Ironically, the railroad, which was crucial to the early growth and economy of the city, also inhibited its growth. In the 1920's smoke abatement experts reported that the combination of high hills, low wind velocity, and heavy railroad traffic, and the situation of the business district being immediately adjacent to the greatest railroad activity, was probably not duplicated in any other railroad center in the country. The resulting smoke from the railroad activity was one of the main factors in holding back the growth of the city. Further declines in industries and railroad operation resulted in further declines in population over the years.

In the early 1980's, the railroad relocated hundreds of jobs to Jacksonville, Florida, leaving Grafton with a severe economic and emotional loss that existed for many years.

The 1985 Election day floods were notable in Grafton. Most of the 47 people killed in this incident were in Pendleton and Grant counties, according to the National Weather Service. Flooding in the Tygart Valley River basin (tributary to the Monongahela River) set new records for peak discharge at all five of the long-term unregulated gaging stations in the basin. However, the peaks were not as extreme, relative to the previous peaks of record, as those in the Cheat River and South Branch Potomac River basins. Recurrence intervals for the peaks equaled or exceeded 50 years at all five of the aforementioned sites in the Tygart basin, and four were in excess of 100 years. Also, at one newly established gaging station, Three Forks Creek near Grafton, the peak discharge, 12,000 ft3/s, was estimated to exceed the 100-year recurrence interval.

The Grafton Downtown Commercial Historic District was listed on the National Register of Historic Places in 1984 and the Grafton National Cemetery was listed in 1982.

There were 2,192 households of which 29.0% had children under the age of 18 living with them, 41.3% were married couples living together, 15.0% had a female householder with no husband present, 5.6% had a male householder with no wife present, and 38.1% were non-families. 33.8% of all households were made up of individuals and 15.3% had someone living alone who was 65 years of age or older. The average household size was 2.29 and the average family size was 2.92.

There were 2,277 households out of which 29.4% had children under the age of 18 living with them, 45.4% were married couples living together, 14.2% had a female householder with no husband present, and 36.4% were non-families. 33.2% of all households were made up of individuals and 17.9% had someone living alone who was 65 years of age or older. The average household size was 2.33 and the average family size was 2.95.

All content from Kiddle encyclopedia articles (including the article images and facts) can be freely used under Attribution-ShareAlike license, unless stated otherwise. Cite this article:
Grafton, West Virginia Facts for Kids. Kiddle Encyclopedia.