Grant County (county code GT) is a county located in the U.S. state of Kansas. As of the 2010 census, the county population was 7,829. Its county seat and only city is Ulysses.

Grant County, Kansas was named after Ulysses S. Grant, the 18th President of the United States (1869–1877), and incumbent president at the time of the county's formation. The initial survey establishing county boundaries was in the summer of 1874.

On June 9, 1888, Grant County was again established as a Kansas county, with original county boundaries, with the first officers of the new Grant County being sworn in on June 18, 1888. 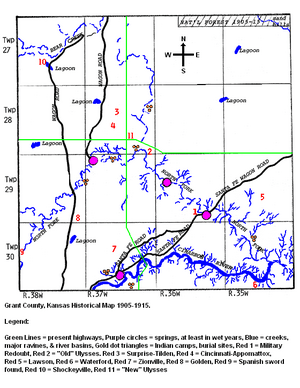 In October 1888, the county seat election for Grant County resulted in victory for Ulysses, Kansas, election results were:. 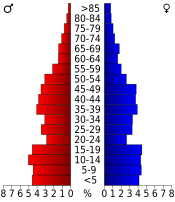 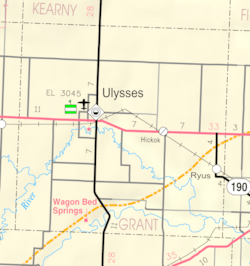 Grant County is divided into three townships. None of the cities within the county are considered governmentally independent, and all figures for the townships include those of the cities. In the following table, the population center is the largest city (or cities) included in that township's population total, if it is of a significant size.

All content from Kiddle encyclopedia articles (including the article images and facts) can be freely used under Attribution-ShareAlike license, unless stated otherwise. Cite this article:
Grant County, Kansas Facts for Kids. Kiddle Encyclopedia.