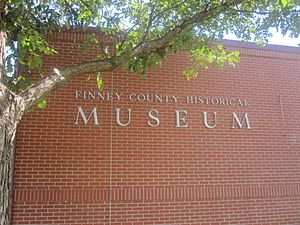 Finney County (county code FI) is a county located in the U.S. state of Kansas. As of the 2010 census, the county population was 36,776. Its county seat and most populous city is Garden City.

Finney County began about 1880 as Buffalo County and Sequoyah County, named after Sequoyah, the Cherokee Indian responsible for the development of the Cherokee alphabet. The two counties were renamed Finney County in honor of then Lieutenant Governor David Wesley Finney. The county grew to the current shape after Garfield County was annexed to it in 1893. The northeast block, separate from the otherwise rectangular area, represents what at one time was Garfield County, which is now occupied partially by the Garfield Township.

Charles "Buffalo" Jones, a co-founder of Garden City, was the first member of the Kansas House of Representatives from Finney County. He was known for his efforts to preserve the buffalo from extinction.

Between 2007 and 2008 Finney County became majority-minority. 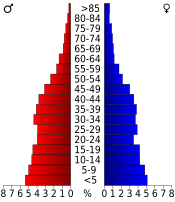 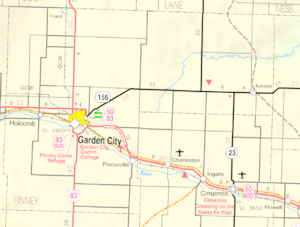 Finney County is divided into seven townships. The city of Garden City is considered governmentally independent and is excluded from the census figures for the townships. In the following table, the population center is the largest city (or cities) included in that township's population total, if it is of a significant size.

All content from Kiddle encyclopedia articles (including the article images and facts) can be freely used under Attribution-ShareAlike license, unless stated otherwise. Cite this article:
Finney County, Kansas Facts for Kids. Kiddle Encyclopedia.