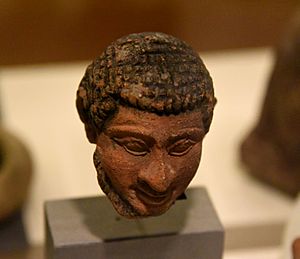 The Hebrews (Hebrew: עברים or עבריים) is an ancient Semitic people of Middle East. They are ancestors of Israelites, son of Isaac and Arabs son of Ishmael and descend from Shem, son of Noah and cousin as the descendants of Japheth and the descendants of Ham.

They escape from Ancient Egypt is recounted in Torah in book called Exodus in English, or Shemot שמות in Hebrew.

All content from Kiddle encyclopedia articles (including the article images and facts) can be freely used under Attribution-ShareAlike license, unless stated otherwise. Cite this article:
Hebrew people Facts for Kids. Kiddle Encyclopedia.