Järvenpää is a town and municipality of Finland. 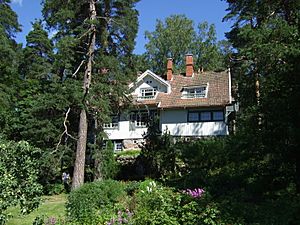 Järvenpää had in the early 20th century a large artist communuty including: Jean Sibelius, Juhani Aho and Eero Järnefelt. This was partly due because of a railway connection to Helsinki.

Järvenpää is widely known as the location of Ainola, the home of the composer Jean Sibelius. It is sited about two kilometers south of the city centre. The composer moved with his family to the cottage designed by Lars Sonck on September 24, 1904, and he lived there until his death in 1957. Ainola is open for visitors in the summer months as the "museum of Sibelius".

Events are held in the Järvenpää-talo throughout the year: concerts, theatre and art-shows. The favorite-place of children is Pikku-Aino's home, where children can play, make shows and so on.

There is a musical event, which is arranged every year, called "Park Blues". "Blues-week" starts from the "Blues street" of the city centre, and concerts and informal sessions are arranged in bars and restaurants. The main concert is at the end of Blues-week, and is arranged in Vanhankylänniemi on the Saturday. 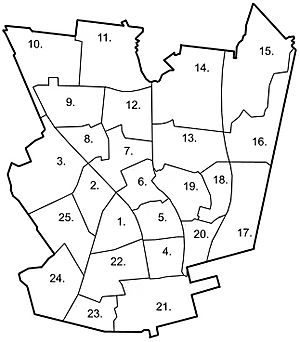 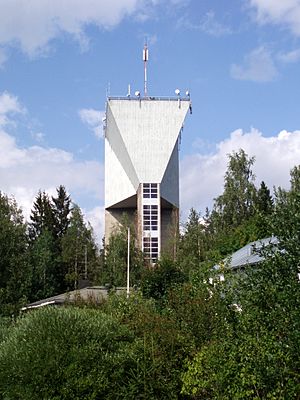 The Water Tower in Järvenpää, Finland

All content from Kiddle encyclopedia articles (including the article images and facts) can be freely used under Attribution-ShareAlike license, unless stated otherwise. Cite this article:
Järvenpää Facts for Kids. Kiddle Encyclopedia.