He is best known for creating American television programs such as The Mary Tyler Moore Show, The Simpsons, Rhoda and Taxi. His best-known movie is Terms of Endearment, for which he received three Academy Awards in 1984. 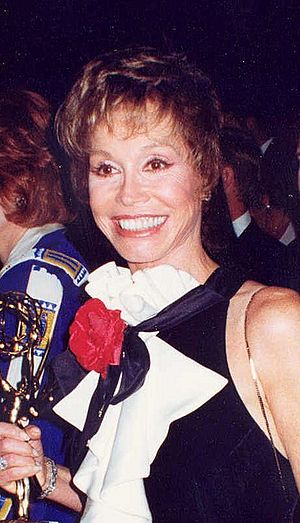 James L. Brooks was raised in a Jewish family in Brooklyn, New York. Brooks began his television career as a writer for CBS News from 1964 to 1966. After working for the ABC television series as executive story editor, Brooks was hired along with writing partner Allan Burns by television executive Grant Tinker to create a show that would later become The Mary Tyler Moore Show.

The Mary Tyler Moore Show became a critical and commercial success and spawned many other television shows created by Brooks and Burns.

In 1978, Brooks began work on feature motion films. His first project was being writer and co-producer on the film Starting Over and later wrote, produced, and directed Terms of Endearment in 1983.

Brooks later started his own film and television production company, Gracie Films, in 1984. Gracie Films would produce the television series The Tracey Ullman Show and The Simpsons. Brooks had a cameo in one Simpsons episode (Season 14 Episode 13, A Star is Born-Again).

Brooks was married twice. His first wife was Marianne Catherine Morrissey; they have one daughter, Amy Lorraine Brooks. They divorced in 1964. In 1978, he married Holly Beth Holmberg; they had three children together: daughter Chloe and sons Cooper and Joseph. They divorced in 1999.

All content from Kiddle encyclopedia articles (including the article images and facts) can be freely used under Attribution-ShareAlike license, unless stated otherwise. Cite this article:
James L. Brooks Facts for Kids. Kiddle Encyclopedia.