Joan Chandos Baez (born January 9, 1941) is an American singer, songwriter, musician, and activist whose contemporary folk music often includes songs of protest or social justice. Baez has performed publicly for over 60 years, releasing over 30 albums. Fluent in Spanish and English, she has also recorded songs in at least six other languages. Although regarded as a folk singer, her music has diversified since the counterculture era of the 1960s, and encompasses genres such as folk rock, pop, country and gospel music. 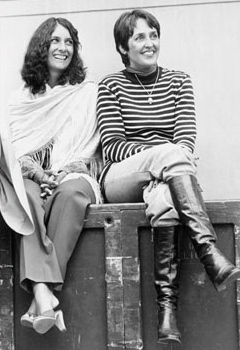 She was one of the first major artists to record the songs of Bob Dylan in the early 1960s; Baez was already an internationally celebrated artist and did much to popularize his early songwriting efforts. Baez also performed fourteen songs at the 1969 Woodstock Festival and has displayed a lifelong commitment to political and social activism in the fields of nonviolence, civil rights, human rights and the environment. 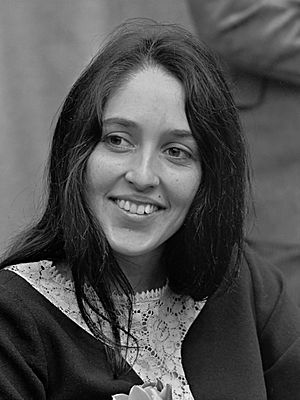 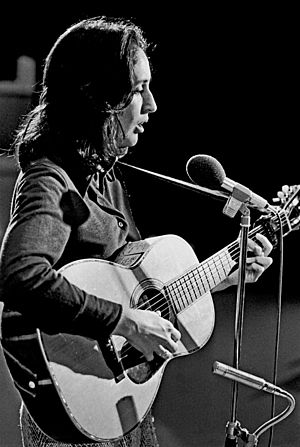 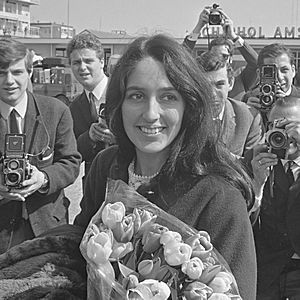 Baez was instrumental in founding the USA section of Amnesty International in the 1970s, and has remained an active supporter of the organization.

Baez's experiences regarding Vietnam's human-rights violations ultimately led her to found her own human-rights group in the late 1970s, Humanitas International, whose focus was to target oppression wherever it occurred, criticizing right and left-wing régimes equally.

In 1976, she was awarded the Thomas Merton Award for her ongoing activism.

She toured Chile, Brazil and Argentina in 1981, but was prevented from performing in any of the three countries, for fear her criticism of their human-rights practices would reach mass audiences if she were given a podium. While there, she was kept under surveillance and subjected to death threats. A film of the ill-fated tour, There but for Fortune: Joan Baez in Latin America, was shown on PBS in 1982. 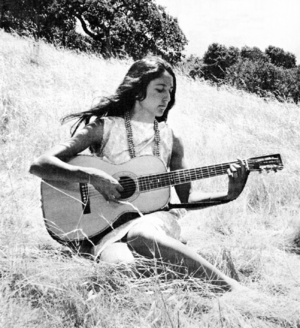 In 1989, after the Tiananmen Massacre in Beijing, Baez wrote and released the song "China" to condemn the Chinese government for its violent and bloody crackdown on thousands of student protesters who called for establishment of democratic republicanism.

In a second trip to Southeast Asia, Baez assisted in an effort to take food and medicine into the western regions of Cambodia, and participated in a United Nations Humanitarian Conference on Kampuchea.

On July 17, 2006, Baez received the Distinguished Leadership Award from the Legal Community Against Violence. At the annual dinner event, they honored her for her lifetime of work against violence of all kinds.

In 2015, Baez received the Ambassador of Conscience Award. In 2016, Baez advocated for the Innocence Project and Innocence Network.

Baez was presented with the first award in recognition of her human rights work with Amnesty International and beyond, and the inspiration she has given activists around the world. In future years, the award is to be presented to an artist – music, film, sculpture, paint or other medium – who has similarly helped advance human rights.

All content from Kiddle encyclopedia articles (including the article images and facts) can be freely used under Attribution-ShareAlike license, unless stated otherwise. Cite this article:
Joan Baez Facts for Kids. Kiddle Encyclopedia.