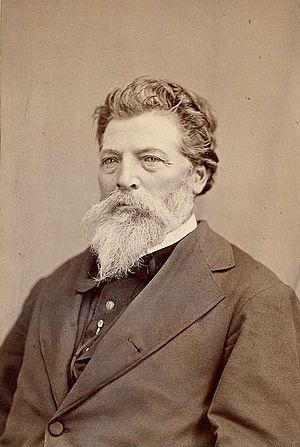 John Brown, Jr., son of the John Brown of the raid on Harpers Ferry.

He was described by a Kansas acquaintance as "a man of education, and of more than common abilities. Strictly honest and conscientious."

All content from Kiddle encyclopedia articles (including the article images and facts) can be freely used under Attribution-ShareAlike license, unless stated otherwise. Cite this article:
John Brown Junior Facts for Kids. Kiddle Encyclopedia.